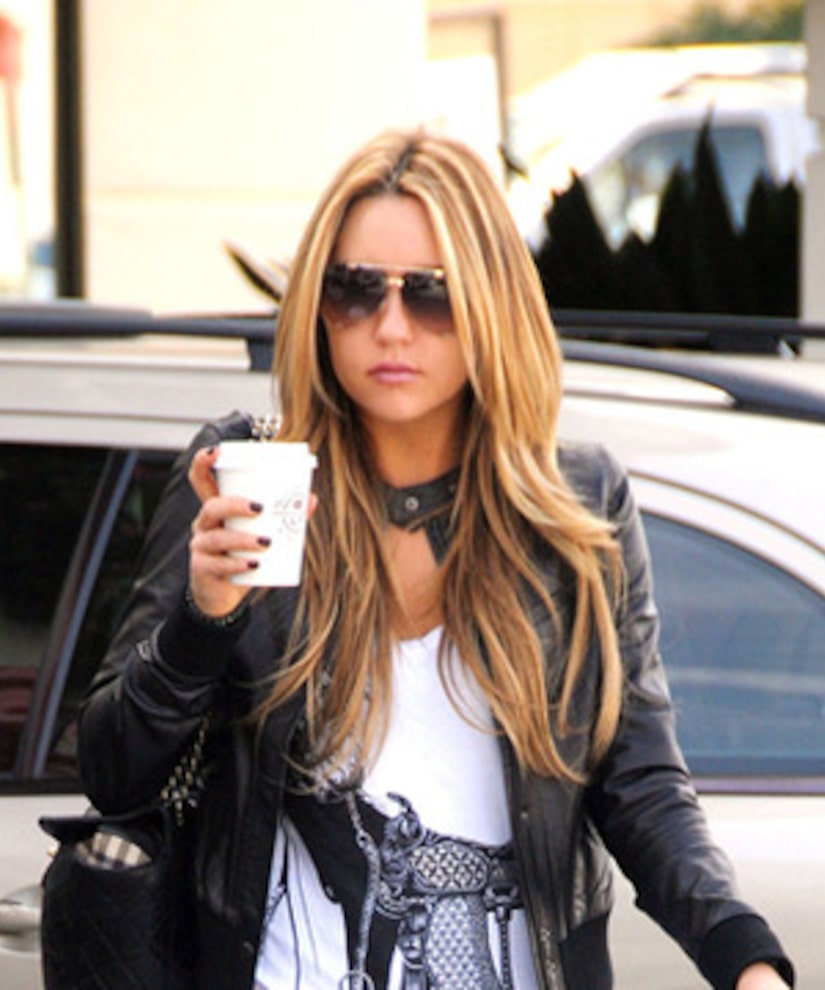 Retired actress Amanda Bynes is denying reports that she walked through a tanning salon naked in NYC this week. She told Celebuzz via text message, "That's not true, I'll sue."

According to sources at In Touch, Bynes bought a Mystic spray tan at the salon and was directed to a private room. Minutes later she took everyone by surprise when she returned to the lobby in her birthday suit looking for goggles.

“She walked out of the room completely naked,” an eyewitness told In Touch. “She didn't seem to care that everyone saw her naked.”

The insider added, “She seemed totally out of it. She took her time walking back to the Mystic room, dragging her fingers along the wall and smiling at customers who passed her… There was definitely something wrong with her.”

The tanning salon is standing by Bynes. "Employee testimony and security footage have confirmed that Ms. Bynes was not acting inappropriately," said Beach Bum Tanning CEO James Oliver. "She is a long-time client and we stand by her account."