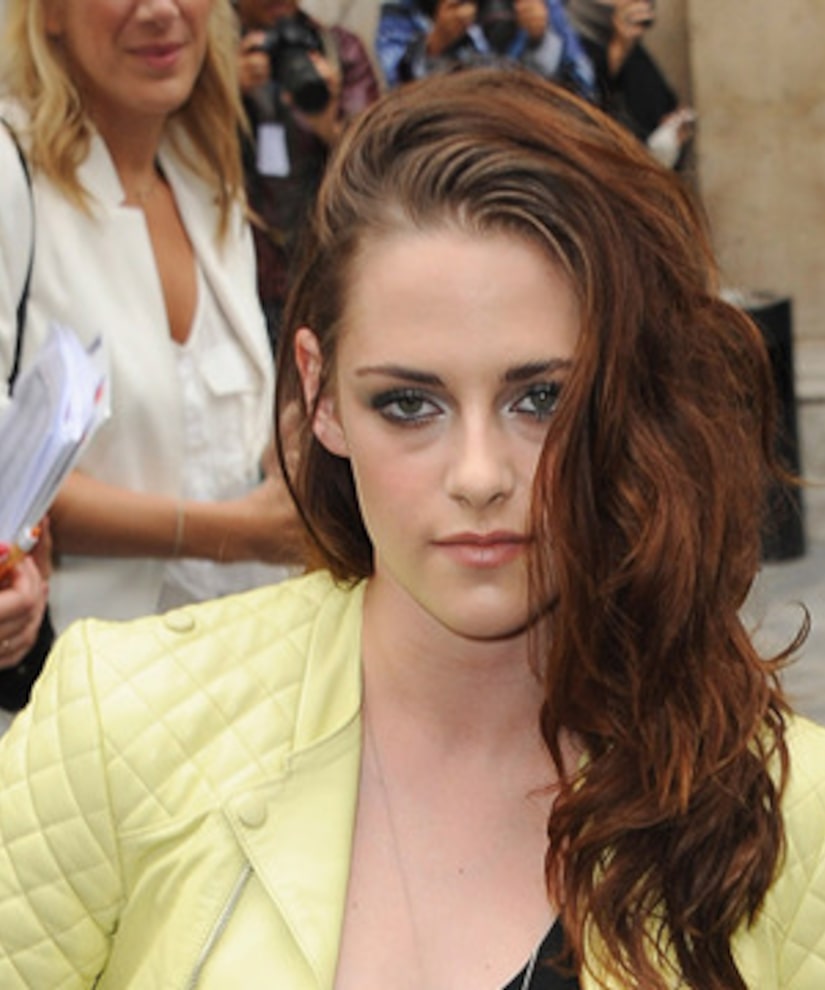 “Twilight” star Kristen Stewart was in the hot seat on the Japanese TV show “Sukkiri” this week... watching video of her shirtless boyfriend, Robert Pattinson.

“Sukkiri's” hosts seemed to avoid direct questions about Kristen's cheating scandal and reconciliation with Rob, but they did manage to get her squirming with some romantic footage of the pair.

Stewart starts to fidget while watching lovey-dovey scenes from past “Twilight” movies and then laughs in spite of herself when they show RPatz slowly removing his shirt in a scene from “New Moon.”

At the end of the interview the hosts held up cue cards and attempted to give Kristen a rapid-fire quiz about her life, but she deftly dodged any personal questions. “What do you want the most right now?” they asked. “I'm good. Honestly,” she responded.

“Anything good happen to you lately?” read another query. “I woke up this morning,” KStew answered. “Too much pressure. I'll have to pass. I don't know.”