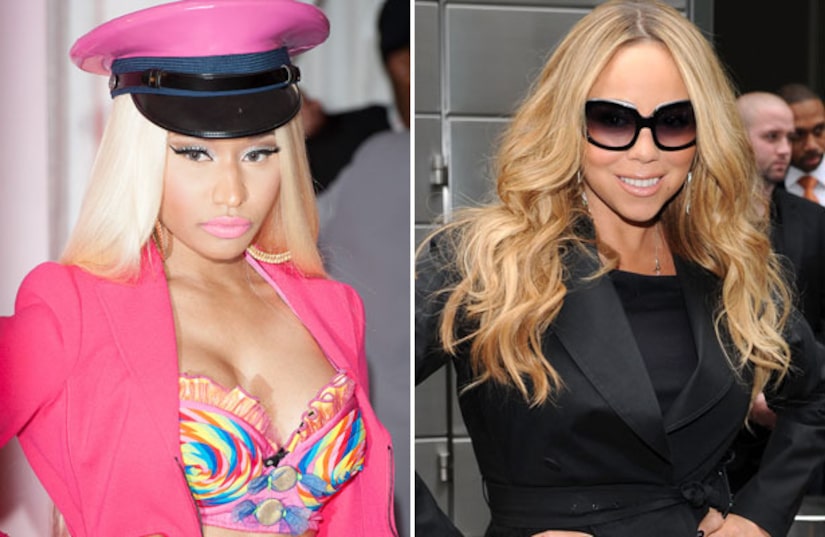 In the wake of a leaked video showing Minaj going ballistic on Carey at an audition in Charlotte, North Carolina, Walters told viewers that Carey had called her and said that Minaj was overheard saying, "If I had a gun, I would shoot that bitch.” Carey then told Walters she needed to hire more security.

Minaj quickly took to her Twitter account to address the threatening allegations. "Hey yAll," began the first of many morning tweets on the topic. "Lets just say nicki said smthn about a gun. ppl will believe it cuz she's a black rapper. Lmao. I'll then hit up Barbara n milk it."

Later, the hip-hop singer wrote, "Barbara walters didn't reach out from our team barbz. I guess we're too dangerous. Don't shake if u don't wannA get shook!!!! LmAooooooooooo.

Nicki continued, "I don't call tmz n Barbara Walters cuz I stand on my own two feet. Never needed an army. God is good. Insecurity is as cruel as the grave… I guess it hurts 2 have the producers tell u to ur face that nicki is the best judge we've had since simon. Awww, poor u. Keep them lies cmn.”

Look for all the “Idol” drama when the show returns in January, 2013!