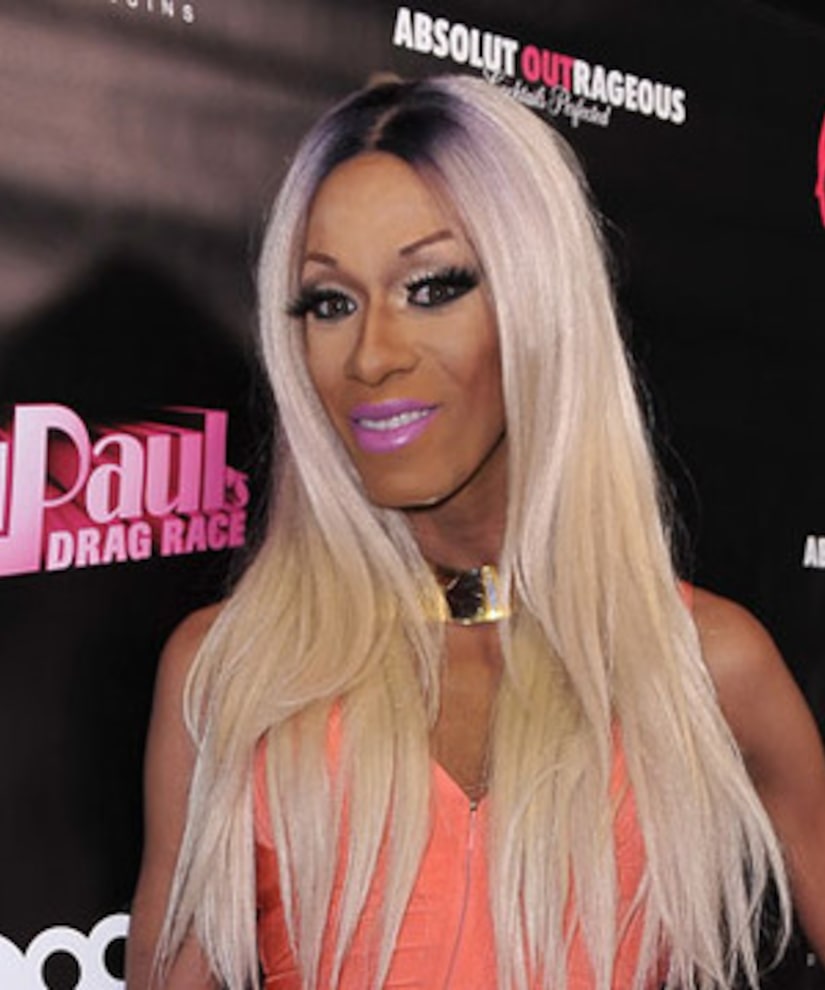 Friends of “Drag Race” alum Sahara Davenport took to Twitter on Tuesday to mourn the loss of the 27-year-old aspiring drag star and pop singer.

Manila, a contestant on the upcoming season of “Drag Race: All Stars,” tweeted a simple message of affection, “I love him so much.”

RuPaul also shared his grief on the social networking site, "Shocked & heartbroken over Sahara Davenport. Never occurred to me that we'd ever lose one of my girls. I see them as immortal"

Logo TV, however, did post the following statement on its website: “Logo is profoundly saddened by the passing of Antoine Ashley who fans around the world knew and loved as Sahara Davenport. He was an amazing artist and entertainer who'll be deeply missed by his Logo family. Our hearts and prayers go out to his family, especially his boyfriend Karl [Manila], in their time of need.”

UPDATE: On Wednesday, Davenport's family released a statement saying he died of heart failure. An official statement obtained by E! News confirmed he "passed away due to heart failure on October 1, 2012, at John Hopkins Hospital, Baltimore, Maryland."