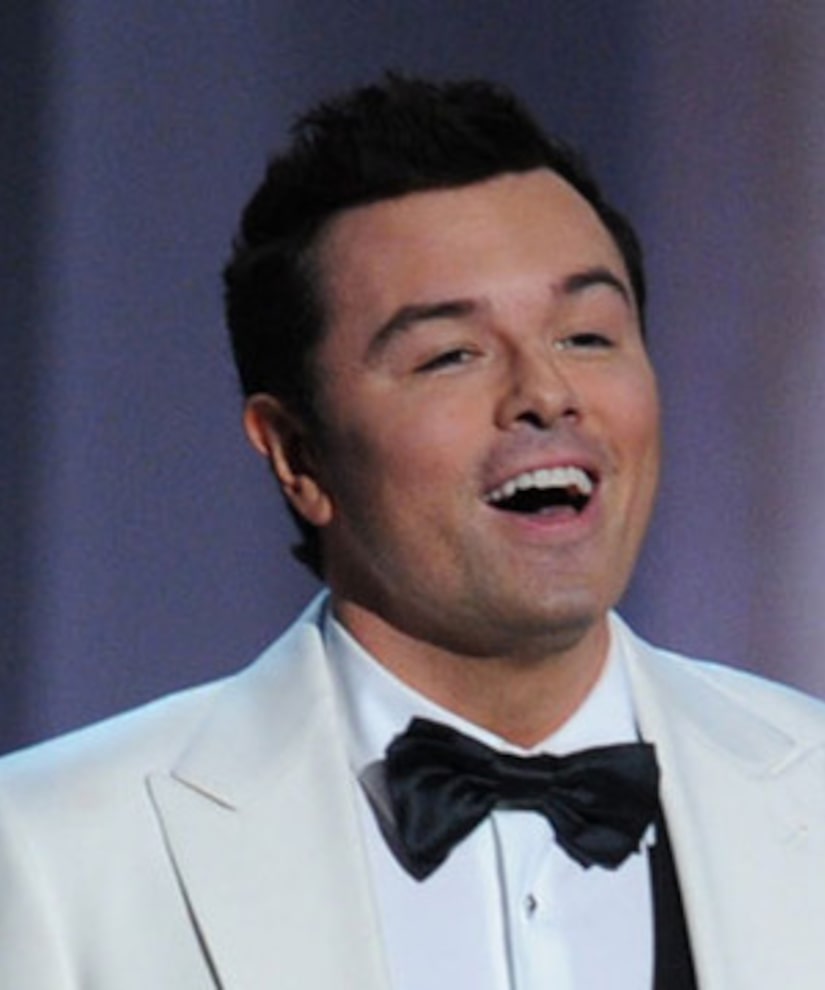 Funny guy Seth MacFarlane, best known as the creator and voice behind “Family Guy,” will host the 2013 Oscars.

In a statement, MacFarlane called the honor “overwhelming.” "It's truly an overwhelming privilege to be asked to host the Oscars. My thoughts upon hearing the news were, one, I will do my utmost to live up to the high standards set forth by my predecessors; and two, I hope they don't find out I hosted the Charlie Sheen Roast."

Producers Craig Zadan and Neil Meron were “thrilled” to have the Emmy winner aboard for the telecast. "He will be the consummate host, and we are so happy to be working with him.”

In addition to his many animation credits, MacFarlane also made his directorial debut over the summer with “Ted” and hosted the Sept. 15 premiere episode of “Saturday Night Live.”