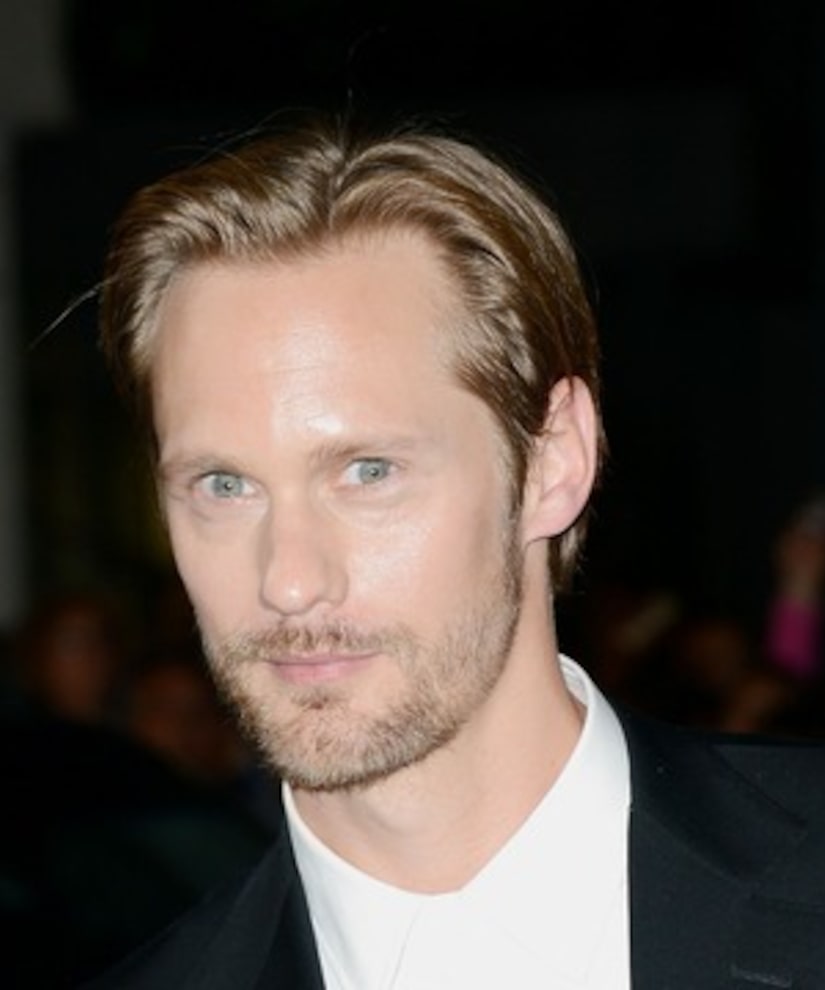 Actor Alexander Skarsgard is the new face of Calvin Klein's fragrance, ENCOUNTER. During his celebration party Friday night in NYC, the "True Blood" star talked about his upcoming film, "Hidden," and the possibility of playing Christian in the film adaptation of "Fifty Shades of Grey."

When asked about being considered as the leading man in "Fifty Shades of Grey" Skarsgard said, "Step one is always reading the material… before you've done that you can't say if you're excited or not. I haven't read the books. All I know is that they are very popular, obviously."

Skarsgard was joined at the event by "Tron" actress Olivia Wilde, who discussed her "sardonic stripper with a heart of gold” character in the new movie, "Butter."

When asked why women are drawn to Calvin Klein, Wilde said, "It's fun to wear, timeless and lets women be beautiful naturally."