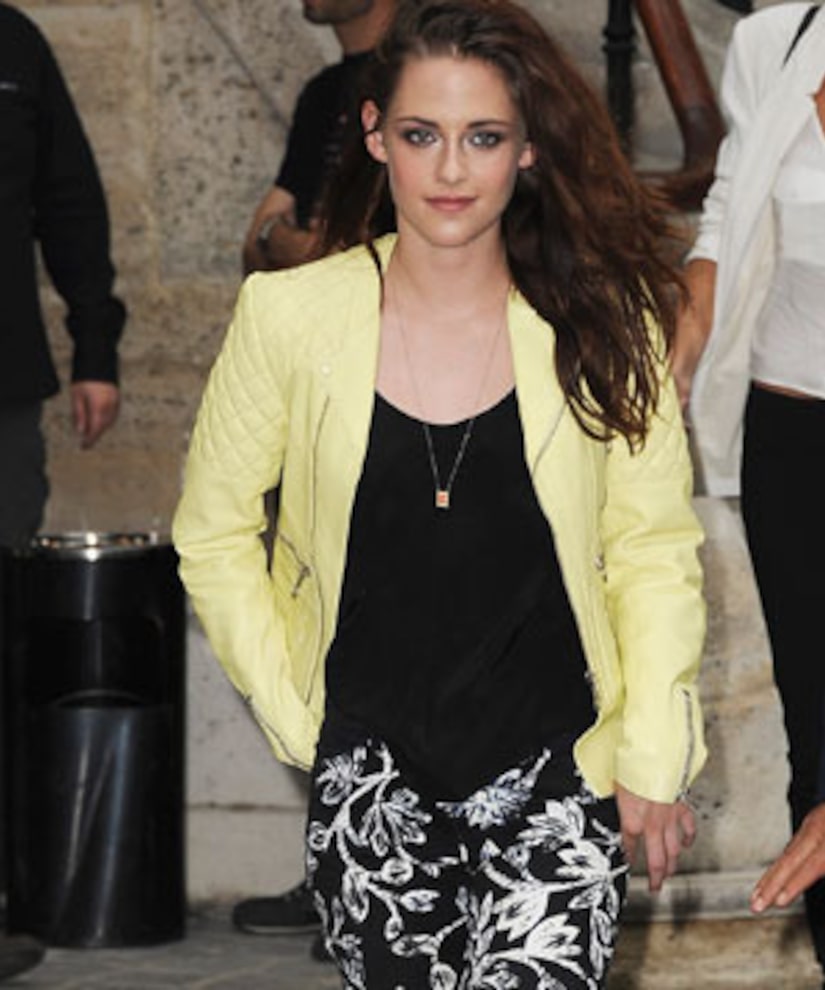 Actress Kristen Stewart is reportedly rekindling her romance with Robert Pattinson, but she took time away this week to fulfill her duties as the face of Balenciaga's Florabotanica fragrance.

The “Twilight” star even smiled once or twice as she posed for pictures. “It was a whole new Kristen,” one photographer remarked to People.

KStew's chipper mood might have something to do with a rumored reconciliation with Rob. Us Weekly reports that the two are living together in Los Angeles. Meanwhile, a source tells People that Rob's friends "keep telling him he needs some time and space, but they all think they will be a couple again, maybe as soon as they are together for the 'Twilight' promos."

If they have reunited, they are still keeping their distance when in public. RPatz was spotted out and about in L.A. over the weekend, first hanging with Natalie Portman at hubby Benjamin Millepied's ballet “Moving Parts” at Walt Disney Concert Hall. The next night, he stopped by Jimmy Kimmel's Emmy after-party at members-only Soho House. KStew has been in Paris since Wednesday.