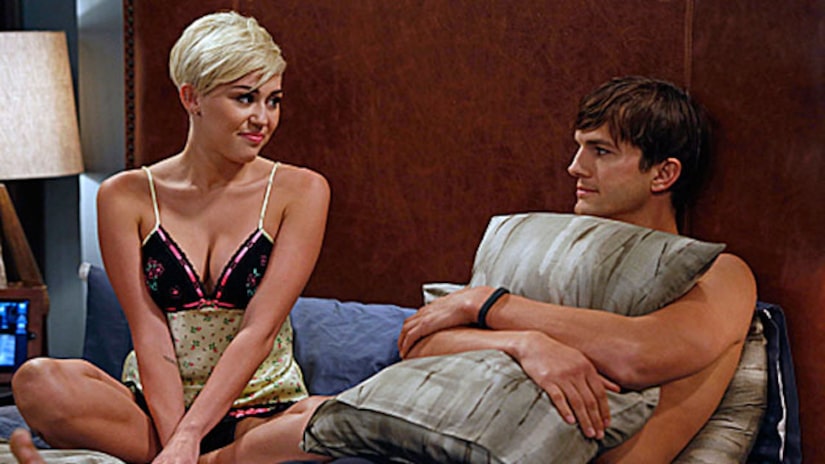 Actress Miley Cyrus is all grown up and snuggling up to Ashton Kutcher on a new episode of “Two and a Half Men” -- while wearing lingerie!

The starlet plays Missi, who appears to have flings with both Walden (Kutcher) and Jake (Angus T. Jones), in the Oct. 17 episode. New photos show Miley prancing around wearing short shorts, bikini tops and little dresses, before slipping into bed with Ashton's character.

Backstage at the Emmys, “Men” star Jon Cryer told reporters, “She plays kind of a motormouth character so they gave her page-long monologues.” He got concerned when she was still relying on the script during dress rehearsals, but in the end, “Miley brought it, she was fantastic.”