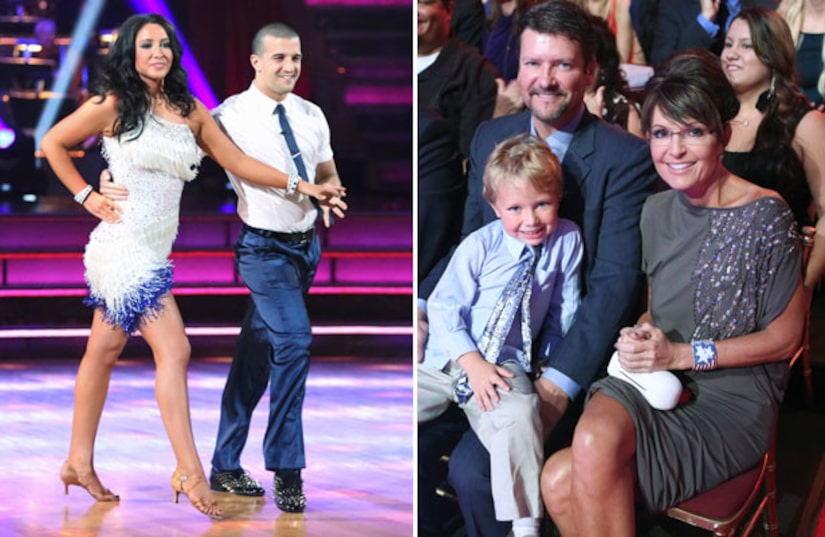 Former Alaska Governor Sarah Palin wasn’t about to miss daughter Bristol’s first night back on the “Dancing with the Stars” stage. She told "Extra's" Maria Menounos backstage, “I’m so impressed. She had such energy. She’s so grounded.”

Palin wasn't the only one in awe of Bristol's new found confidence as she hit the dance floor for the cha cha cha with pro Mark Ballas. Judge Carrie Ann Inaba declared her "most improved," and the partners earned a solid 6.5 across the board.

Of course, there’s some tough competition this season. “These are all champions that she’s competing against,” said Sarah, who hopes to attend the show each week. “She was 19 when she did this last time. Here she’s 21 now, so yeah, she's certainly matured and more experienced.”

For now, it looks like Bristol will be the only Palin cutting a rug on the “DWTS” stage. Sarah and Todd dismissed the idea of joining the show. Todd told Maria, “No [I wouldn’t do it], Bristol's doing great. She's represented our family very well.” Sarah added, “I’m such a klutz.”

Bristol wasn’t the only star who shined on the premiere episode. Emmitt Smith and Cheryl Burke took the top score, 24.5, dancing the cha cha cha to “Chain of Fools.” Gilles Marini and Peta Murgatroyd also emerged as early favorites dancing the foxtrot to “Call Me Irresponsible.” The duo came in second with 24 points. 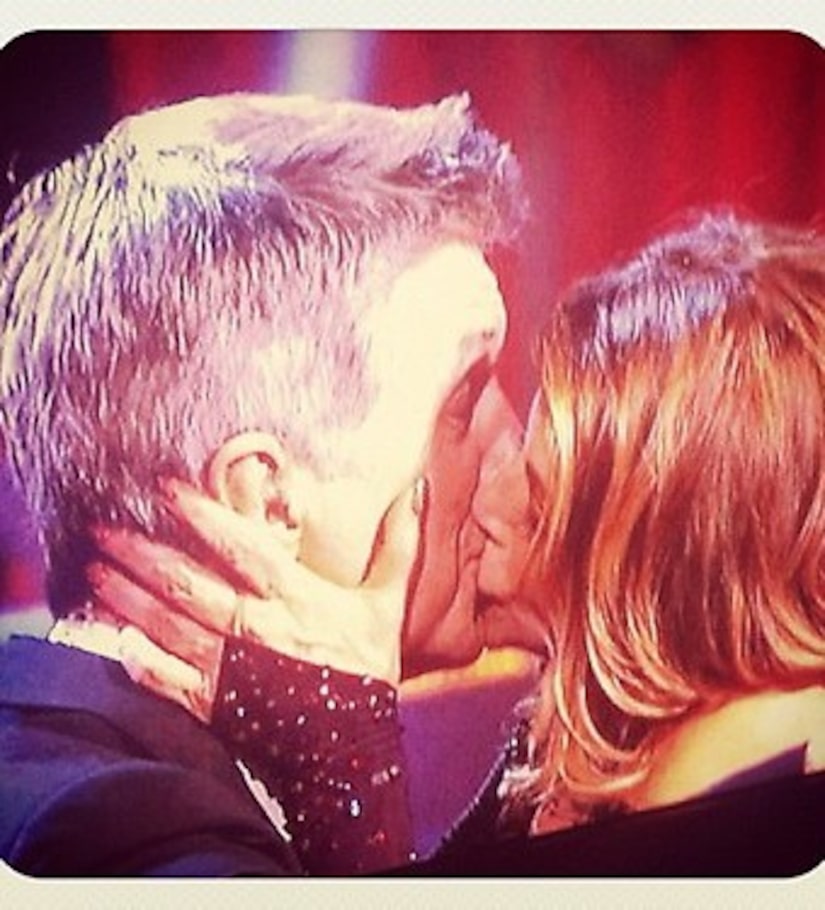 While Kirstie Alley came up short in the foxtrot, she more than made up for it by shocking the crowd. The actress planted a major congratulatory smooch on newly-minted Outstanding Reality Host Emmy winner Tom Bergeron!

After coming in last with just 17 points, Pamela Anderson told reporters backstage, "I know I bring other things to the table. I know I'm not the best dancer, but I have a lot of heart and I have a lot of guts, and I want to be able to portray that."

"Dancing with the Stars" contestants and others partied Monday at Mixology 101 at The Grove after the "DWTS: All Stars" premiere... check it out!

Kirstie Alley also joined in the fun on Monday after the show's all-star premiere!