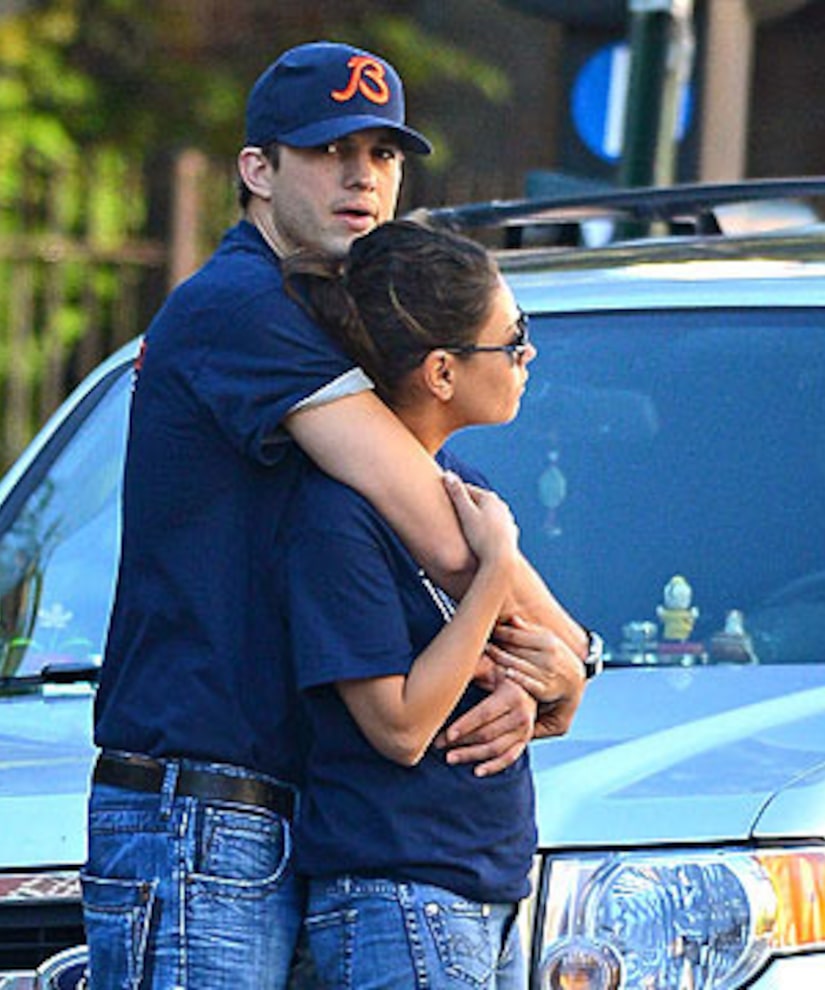 Lovebirds Ashton Kutcher and Mila Kunis were snapped while being playfully affectionate over the weekend.

Kutcher, 34, and Kunis, 29, hung out in New York City on Sunday, wearing matching Chicago Bears t-shirts in a show of support for their favorite team.

The couple's love-fest was on display all weekend. They were spotted having dinner and “were holding hands, the whole thing," a source told People.com. "It seemed like they wanted everyone to know they were together."

The former “That '70s Show” co-stars have been linked since April.