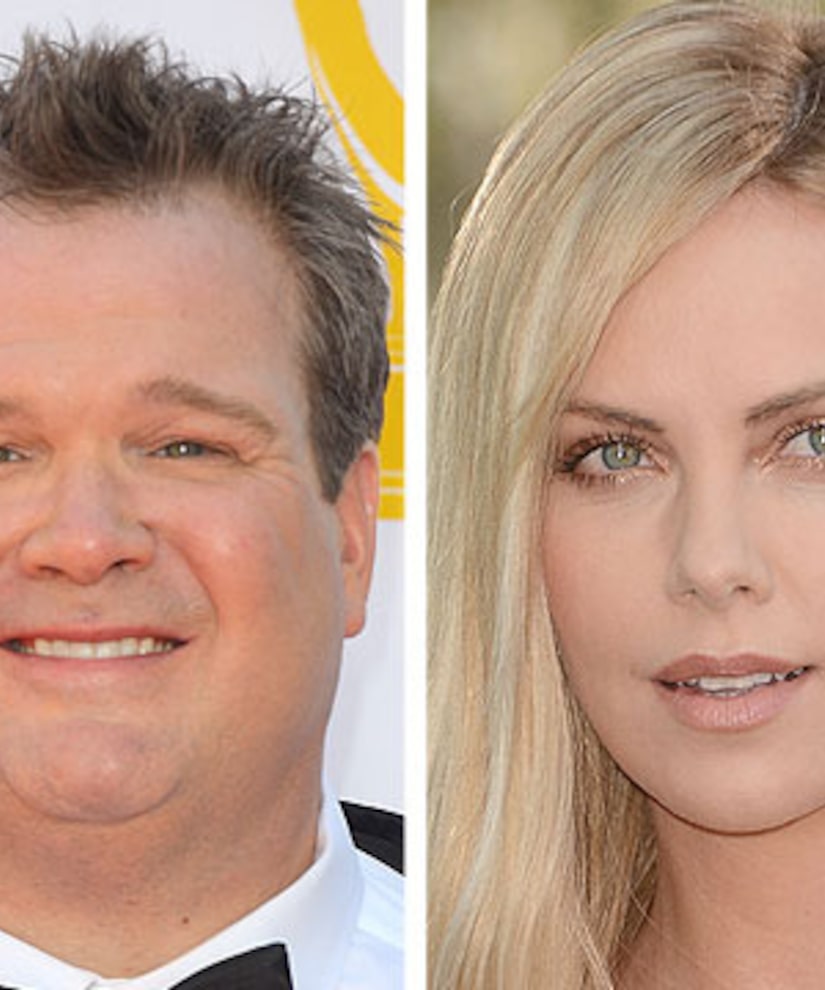 “Extra” caught up with “Modern Family” star Eric Stonestreet at the 2012 Emmy Awards on Sunday, and he responded to the recent rumor that he and actress Charlize Theron are dating.

He told “Extra” host Maria Menounos he thought it was hilarious and he feels like he’s a target of a “practical joke.”

The Daily Mail originally reported the dating rumor, saying a source close to Theron told them, “Charlize and Eric get along incredibly well. They started off as friends but things are blossoming between them.”

Stonestreet, who is nominated for Best Supporting Actor in a Comedy Series, also joked about the report via his Twitter account. He wrote, “I wish people would stop spreading rumors that Charlize Theron and I are dating. It’s starting to make Halle Berry jealous.”