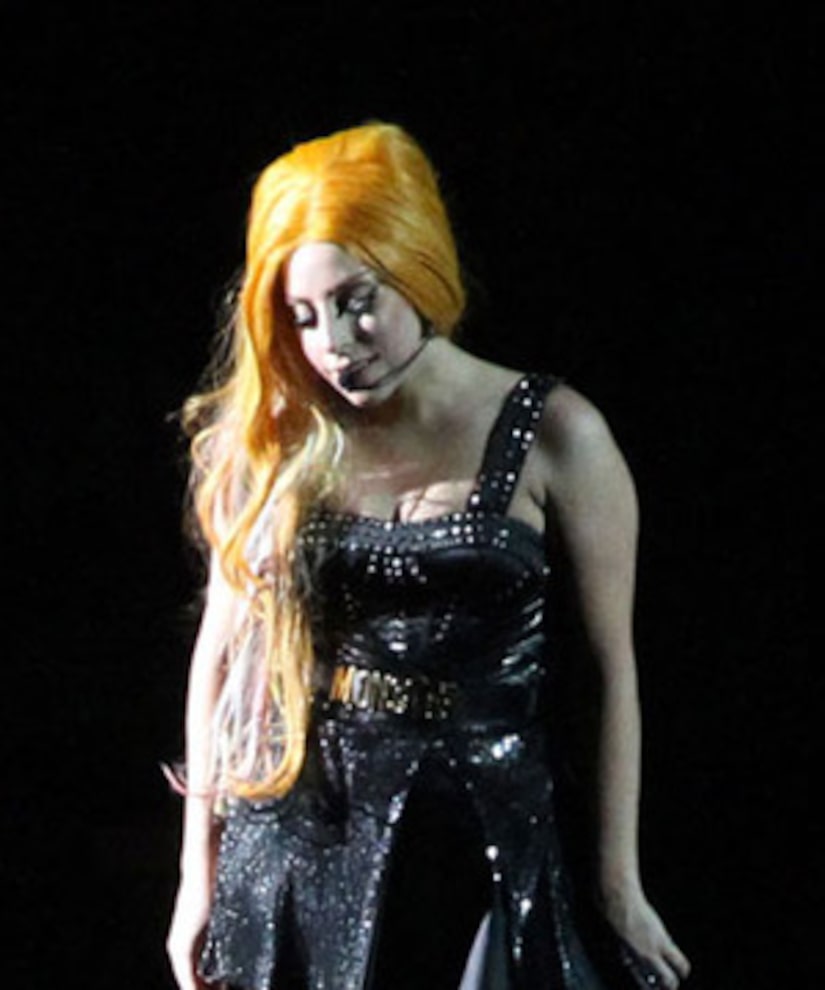 Singer Lady Gaga is rocking a fuller figure these days. The “Paparazzi” singer admitted to gaining 25 pounds, but says her dad's Italian restaurant, Joanne Trattoria, in NYC is to blame.

"I love eating pasta and pizza," Gaga told Z100 Radio's Elvis Duran. "I'm a New York Italian girl. That's why I have been staying out of New York. My father opened a restaurant. It's so amazing… it's so freaking delicious, but I'm telling you I gain five pounds every time I go in there. So my dad wants me to eat at the restaurant, and I'm, like, I've got to go where I can drink green juice."

She added, "I really don't feel bad about it, not even for a second. I have to be on such a strict diet constantly. It's hard, because it's a quite vigorous show, so I tend to bulk up, get muscular, and I really don't like that. So I'm trying to find a new balance."
Mother Monster doesn't mind, but it seems her record company feels otherwise. Radar reports that Universal Music Group has ordered larger “Born This Way Ball” costumes for the remainder of Gaga's tour.

A source told Radar the executives saw the photos and determined, “It just wasn't a good look and was getting unnecessary criticism, so they moved fast to nip it in the bud.”
Fashionista Kelly Osbourne doesn't think pizza and pasta are the problem.

Osbourne told talk show host Alan Carr, "I think she is pregnant because she has been covering up this part of her body recently and I have been noticing that a lot, and her style has changed and you can't bleach your hair blonde when you are pregnant."