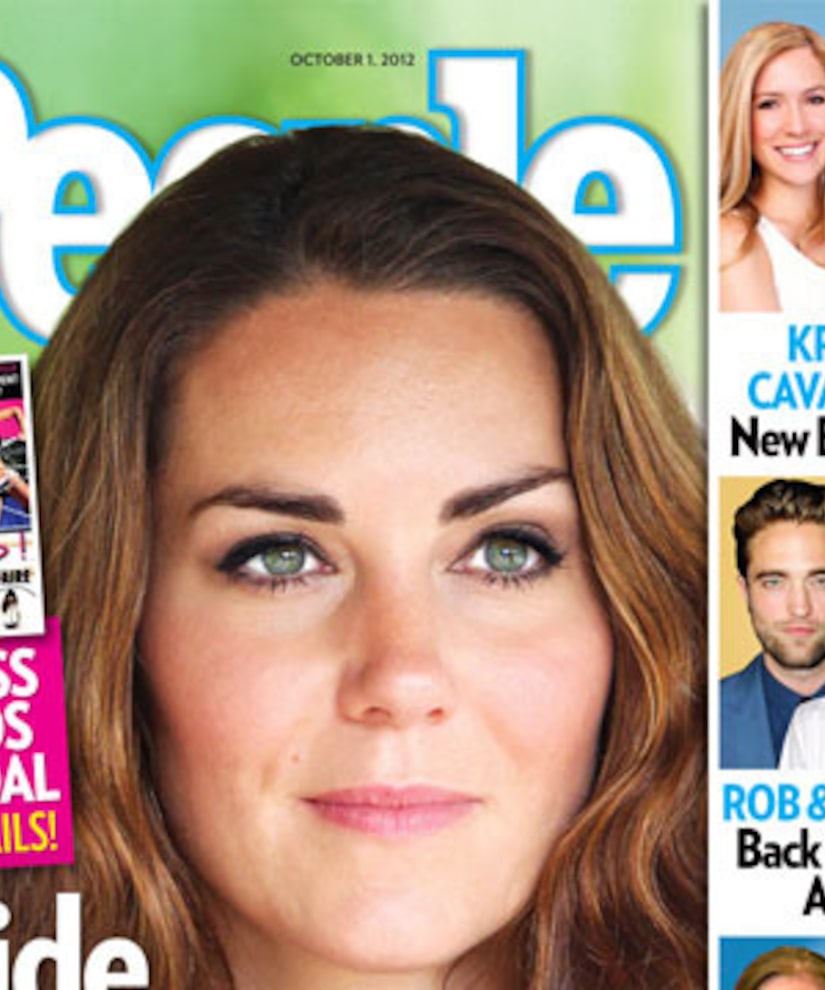 People's latest cover story, on newsstands Friday, delves into the royal family dynamic behind the scenes as the Palace continues to battle the press on Middleton's behalf. So far “The Firm” has managed to ban the photos in France.

A Palace source said Prince Charles and Queen Elizabeth II “are most definitely supporting [Will and Kate] in everything they are doing.”

Prince William's former press aide, Colleen Harris, told the mag that “William will be absolutely fuming” over the violation of privacy.

The Queen doesn't support just anybody. Princess Diana's former bodyguard, Ken Wharfe, explained, "If this were Fergie, [the Queen] would be livid. But this is top-drawer royalty: a favorite grandson and his beautiful wife. They live in another world."

Prince Andrew's ex, Sarah Ferguson, recently offered her support to Kate via the Daily Mail. "I have total empathy and sympathy for her,” she said. “I have been there and know what it's like. Everyone is entitled to privacy. It is a devastating invasion of one's personal inner space. It is deplorable, abhorrent and despicable. She is a beautiful young woman doing a great job for the country. Why should she be stripped of that moment with her husband?”

Topless photos of Kate sunbathing at a relative's private chateau in Southern France have been published in France, Ireland and Italy. Police raided the offices of France's Closer magazine -- the first publication to use the images -- on Wednesday. Now, a Danish magazine claims it will feature the racy pics as well.

William and Kate were traveling in Asia and the South Pacific on the Diamond Jubilee tour when the story broke. They are expected to return to the UK on Wednesday.