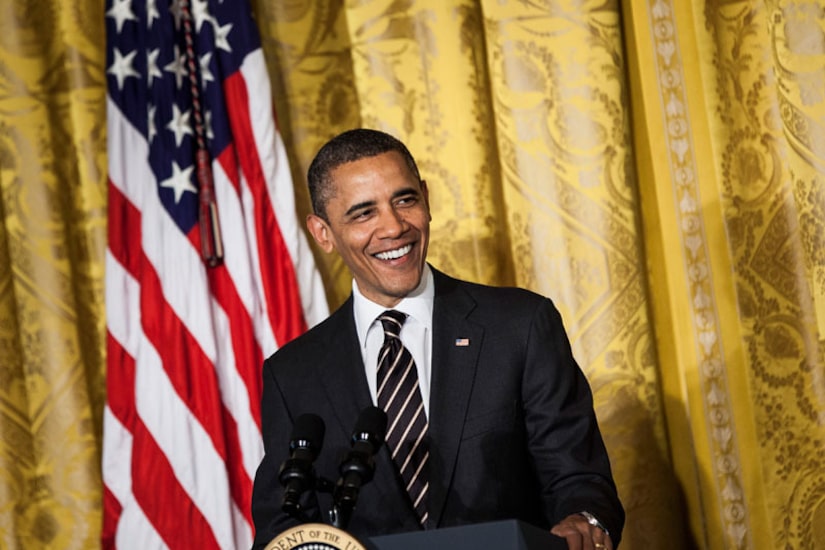 The POTUS reportedly showered Beyonce with praise and had a little fun at Jay-Z's expense. "Beyoncé could not be a better role model for my girls. We both have daughters, and our wives are more popular than we are. So, you know, we've got a little bond there. It's hard, but it's okay."

Before the party, which raked in about $4 million for the campaign, Pres. Obama stopped by “The Late Show with David Letterman.”

The talk show host asked the President to address some controversial comments made by Mitt Romney about the “47 percent” who don't pay income taxes. Obama replied, "One of the things I learned as President is you represent the entire country. If you want to be President, you have to work for everyone.”