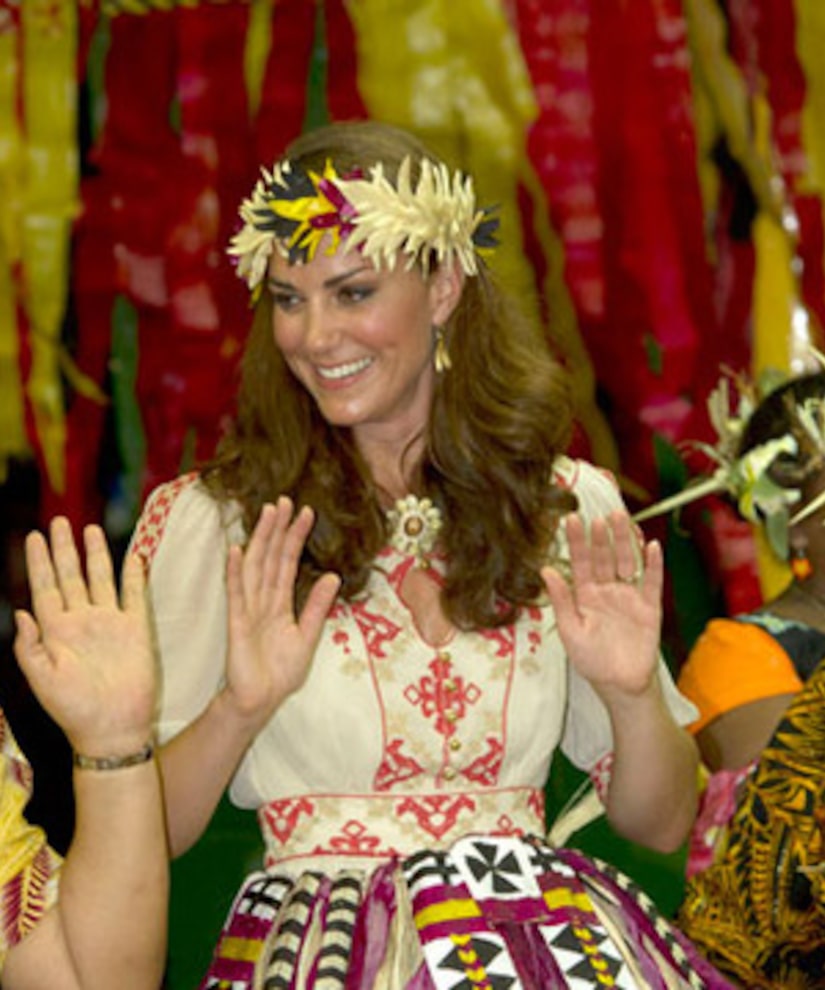 Prince William and Kate Middleton know how to shake it! The royal couple donned grass skirts and hit the dance floor in Tuvalu, while a French court shut down the use of topless pics of Kate that were shot in Provence.

The visit to the Polynesian island nation is part of the Diamond Jubilee tour of Asia and the Pacific. "When they arrived, we gave them a piña colada each made from rum, fresh pineapple juice and coconut cream," the co-owner of the Tavanipupu resort told the Huffington Post.

The source added, "William liked it so much, we gave him another one. He had two, she had one. They got straight into the snorkeling and saw lots of beautiful fish. They were just swimming and enjoying the island. They had dinner on their own private jetty. This morning they walked out on the big dock." 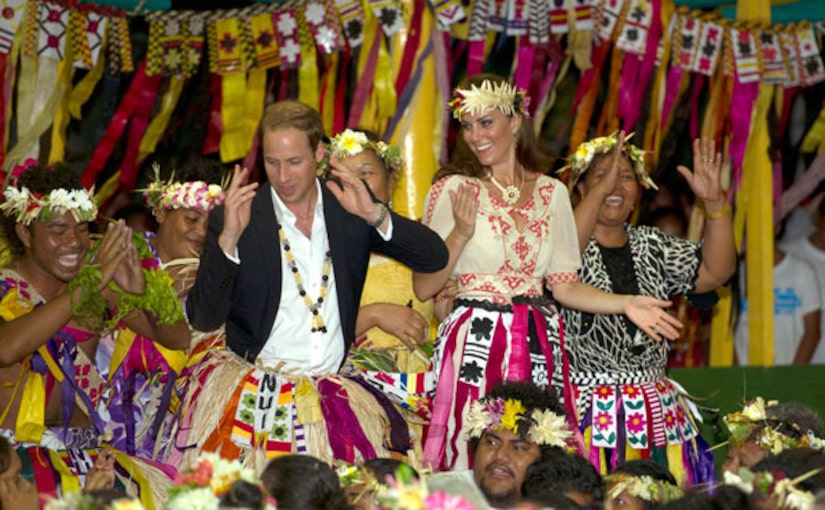 While the Duke and Duchess of Cambridge enjoyed the stop in Tuvalu, their lawyers were hard at work in France trying to ban the publication of Kate's topless photos.

The French court ruled in favor of royals, ordering the publisher responsible for printing the images to hand over all digital copies and blocking any future use, reports The Telegraph.

Closer, the mag that first featured the racy pics, must halt distribution of the issue and pull down photos from their website and tablet app too.

The French prosecution is opening a lengthy criminal investigation to determine if the couple's right to privacy was breached.

The ban on the photos only applies to French publications. Photos of Wills and Kate sunbathing together at a relative's chateau in Southern France have already appeared in the Irish Daily News and the Italian magazine Chi.