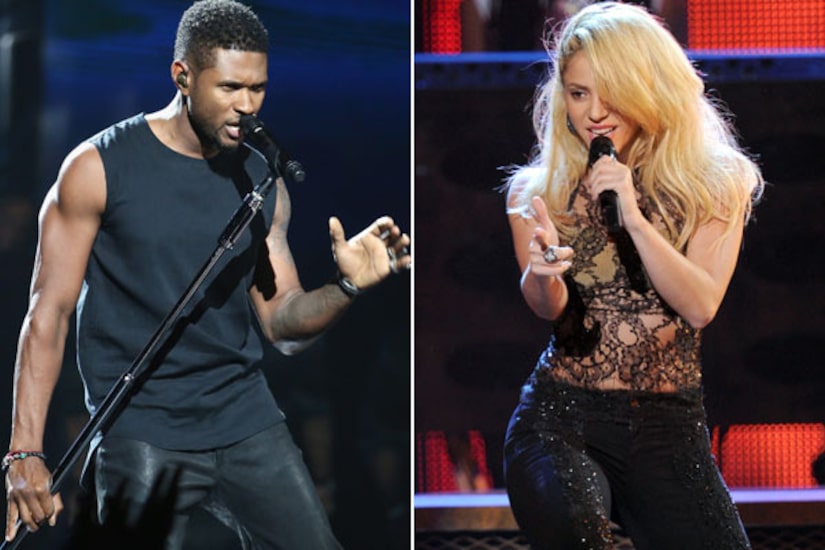 NBC broke some big “Voice” news on Monday, naming Usher and Shakira as new coaches for the fourth season. The two singers will replace Christina Aguilera and Cee Lo Green as mentors on the hit reality show.

Aguilera plans to release an album, “Lotus,” on Nov. 13 and go on tour, while Cee Lo is developing new music and a scripted NBC comedy series based on his own life. Fellow judges Adam Levine and Blake Shelton will remain on “The Voice.”

Executive Producer Mark Burnett explained, "Having award-winning artists as coaches means they need to be able to tour. Whether in the red chair or on tour, our coaches have their chairs for life. This is exactly why, after three seasons, we needed to allow them to rotate out so they can get on the road amongst their fans. Meanwhile, we're incredibly excited to have singular artists like Usher and Shakira joining the fold.”

Aguilera sees the break as a benefit to her future Xtina mentees, “By pursuing my first passion of music during the break, I am also able to come back and offer even more to my team on 'The Voice' in the future.”

Meanwhile, Cee Lo, who said he will be back for season five, welcomed the new coaches to the show. “I'm highly enthusiastic about focusing my undivided attention on my additional endeavors and interests… NBC is home and as far as Usher and Shakira are concerned – 'mi casa su casa.'”