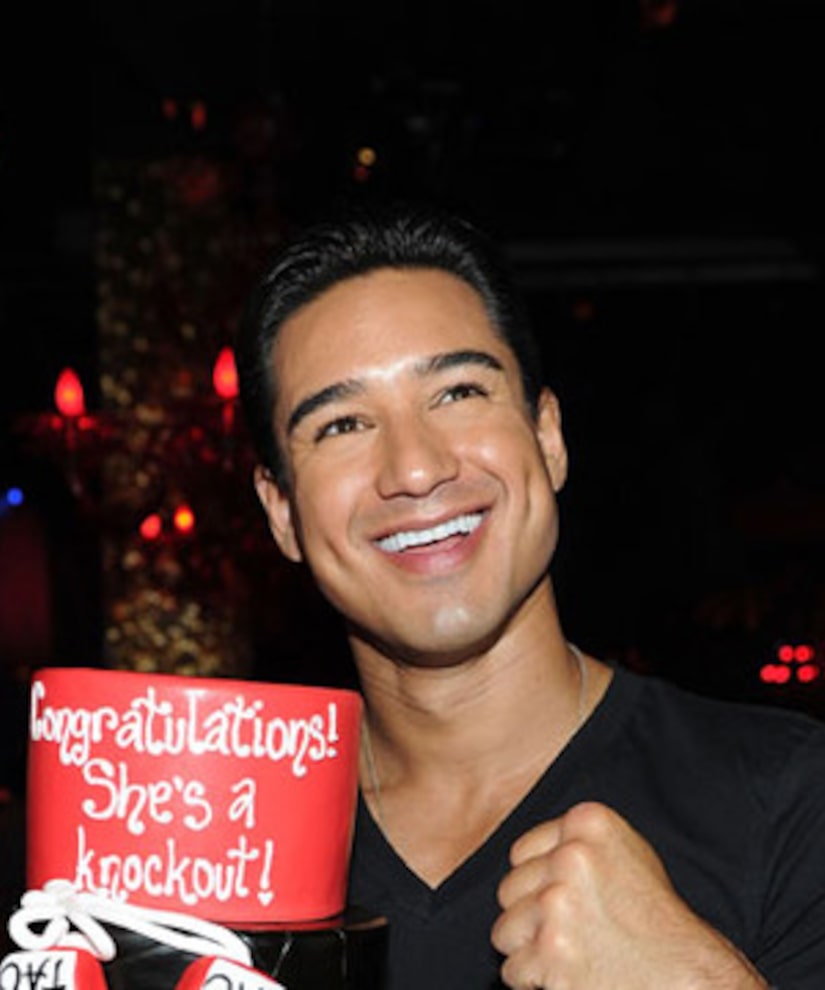 Mario Lopez and 15 of his closest friends headed to Las Vegas in September for the ultimate bachelor party weekend. While Mario had his plans – including dinner, cocktails and a cigar – fiancée Courtney Mazza was plotting a surprise for her sweetie.

“She looked hot,” he said. “She was amazing. I don't know about my friends checking her out, but... it was awesome!”

Be sure to watch “Mario and Courtney’s Wedding Fiesta” on Saturday, Dec. 8! Visit TLC.com to learn more.