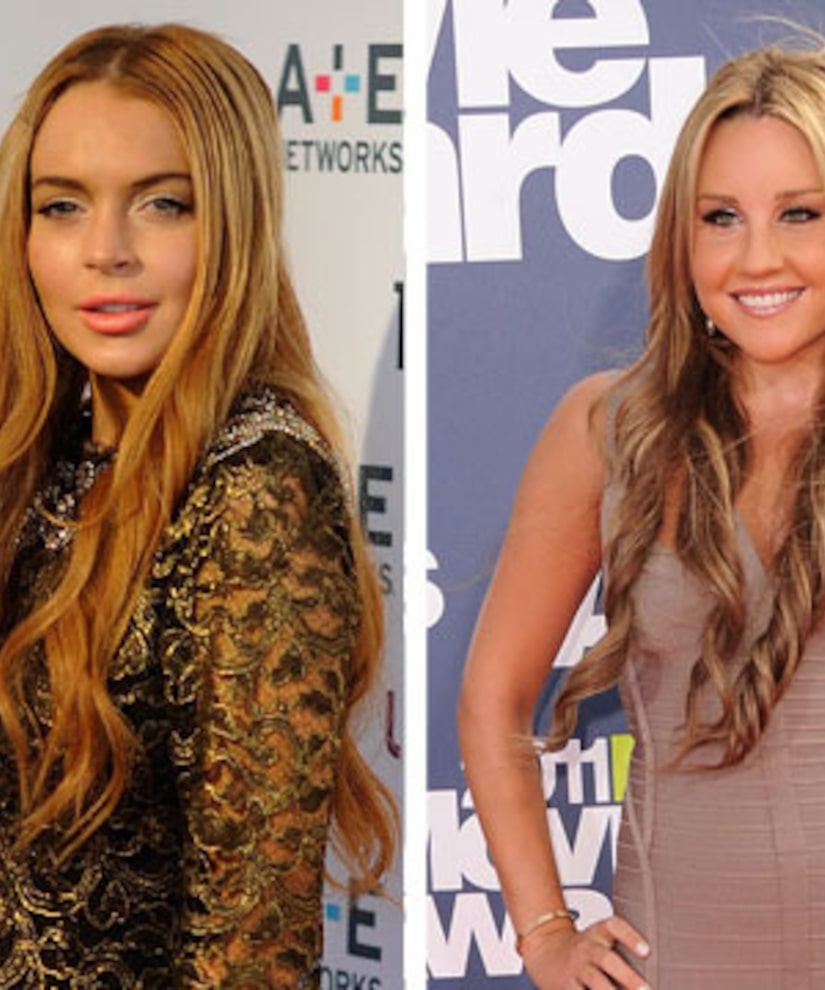 After actress Amanda Bynes was pulled over Sunday morning, driving around with a DUI charge, two counts of hit-and-run and a suspended license, Lindsay Lohan took to Twitter to tell fans she doesn't think her punishment was fair.

In the tweet, Lohan said, "Why did I get put in jail and a nickelodeon star has had NO punishment(s) so far? +"

Victor Gill of the Burbank Airport Police told “Extra” the cops did “cite Amanda Bynes for driving a vehicle with a suspended license [Sunday] morning at 8:20 AM on Hollywood Way just south of the airport main entrance. Her vehicle was impounded."

According to TMZ, Bynes sees no resemblance to Lohan, reportedly texting a friend this morning, "I HATE being compared to her."

Lohan was briefly jailed following a DUI arrest in 2007.