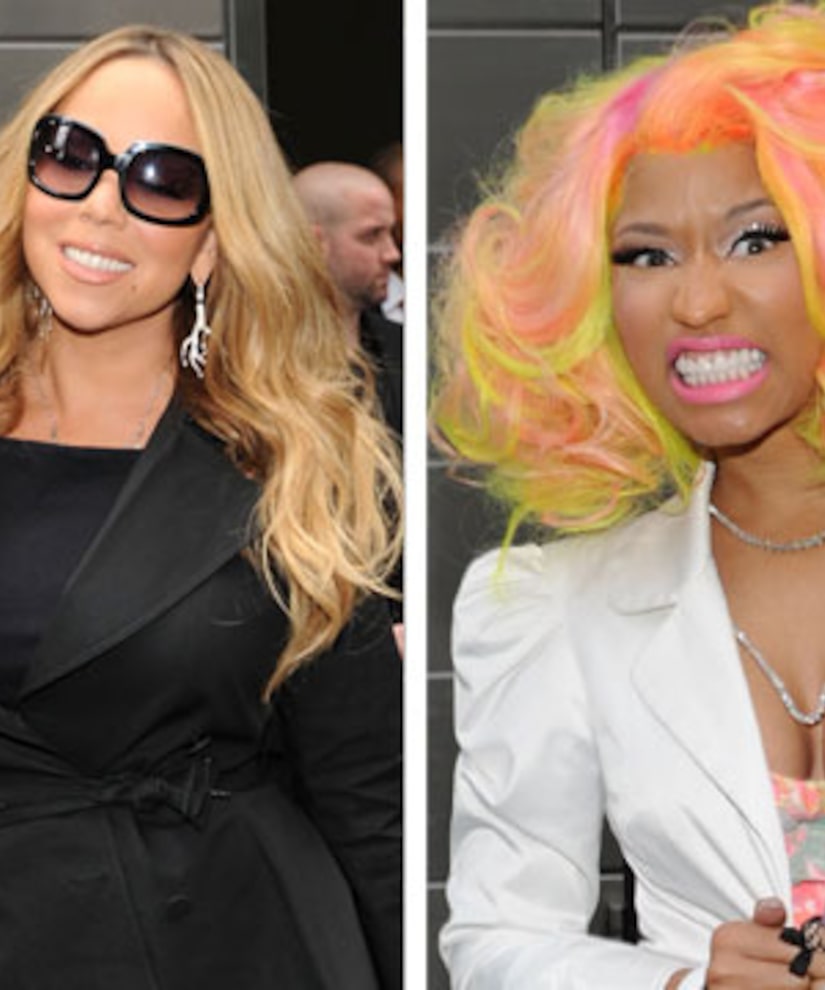 Spies inside the first audition in NYC said Mariah and Nicki were interrupting each other's critiques and that the "Starships" singer was talking loudly to drown out Mariah.

"These girls just don't like each other," the insider explained.

Long-time host Ryan Seacrest, though, said his new team was playing nice the night before at dinner. "Everyone made a toast and talked about how special it was they were here and why they were here… so we are off to a good start."

According to reports, Carey was offered $18 million for the gig, Minaj $12 mil and Urban $4 mil. Veteran Jackson makes around $10 mil per season and Seacrest, $15 mil.

Check out past guest judges!