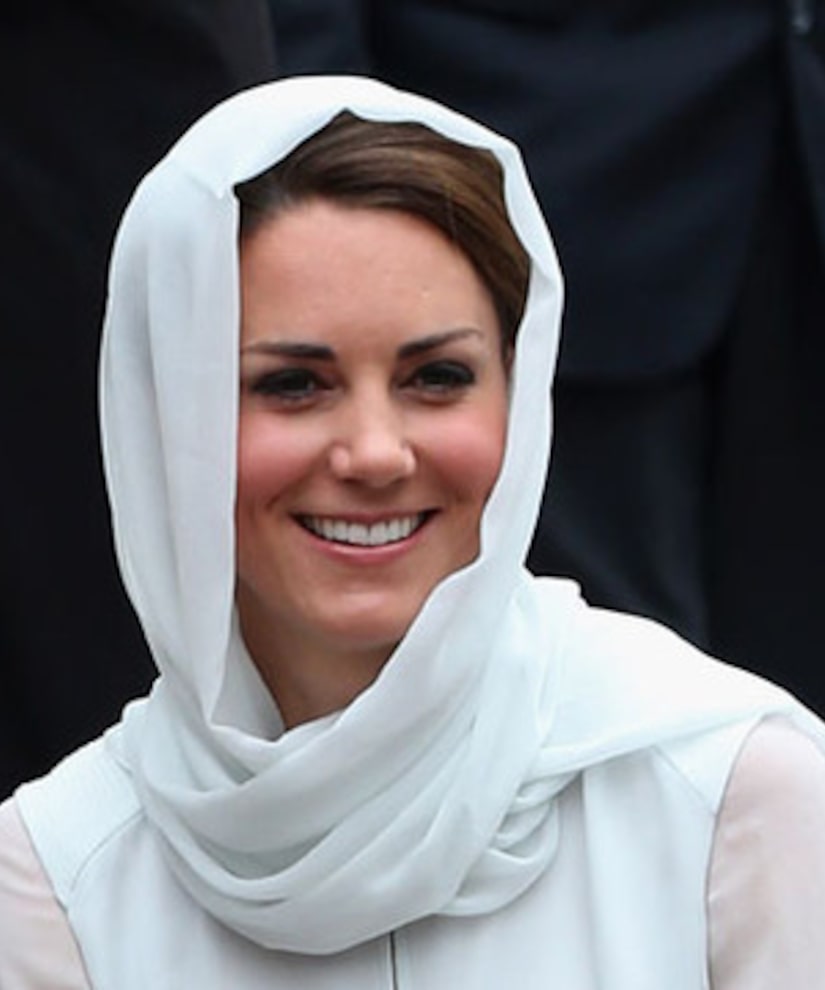 Royal officials said the couple was “saddened” by the blurry images reportedly taken last week while they vacationed at a chateau owned by the Queen's nephew, Lord Linley. The family is furious and called the invasion of privacy “grotesque and totally unjustifiable.”

"Their Royal Highnesses had every expectation of privacy in the remote house. It is unthinkable that anyone should take such photographs, let alone publish them," a St. James's Palace official said. "The incident is reminiscent of the worst excesses of the press and paparazzi during the life of Diana, Princess of Wales, and all the more upsetting to the Duke and Duchess for being so."

The official statement all but threatened legal action, stating, "We feel a line has been crossed with their publication.”

Closer magazine's editor-in-chief, Laurence Pieau defended the photos. She told French BFM television, "There's been an over-reaction to these photos. What we see is a young couple, who just got married, who are very much in love, who are splendid. She's a real 21st century princess. It's a young woman who is topless, the same as you can see on any beach in France or around the world."

The British press is steering clear of the racy pictures, including The Sun, which infamously defied the Queen and published Prince Harry's naked romp in Las Vegas last month.

Middleton, who is in Malaysia with Prince William for the Diamond Jubilee tour, received plenty of support from fans on Twitter. Kelly Osbourne wrote, “I feel so sorry for #KateMiddleton it's disgusting what that French mag did to her!”

Piers Morgan suggested in a series of tweets that Kate, Harry and their handlers use a little more “common sense.”

“There's a reason The Queen's never been photographed topless or playing naked billiards. It's called, ironically, 'common sense'.” In another tweet he said, “Of course Kate's entitled to privacy, and this was a grotesque invasion, but sunbathing topless near a public road's just daft.”

UPDATE: The L.A. Times reports the royal family is suing. St. James's Palace said Friday in a statement that "legal proceedings for breach of privacy have been commenced today in France" by the royal couple.