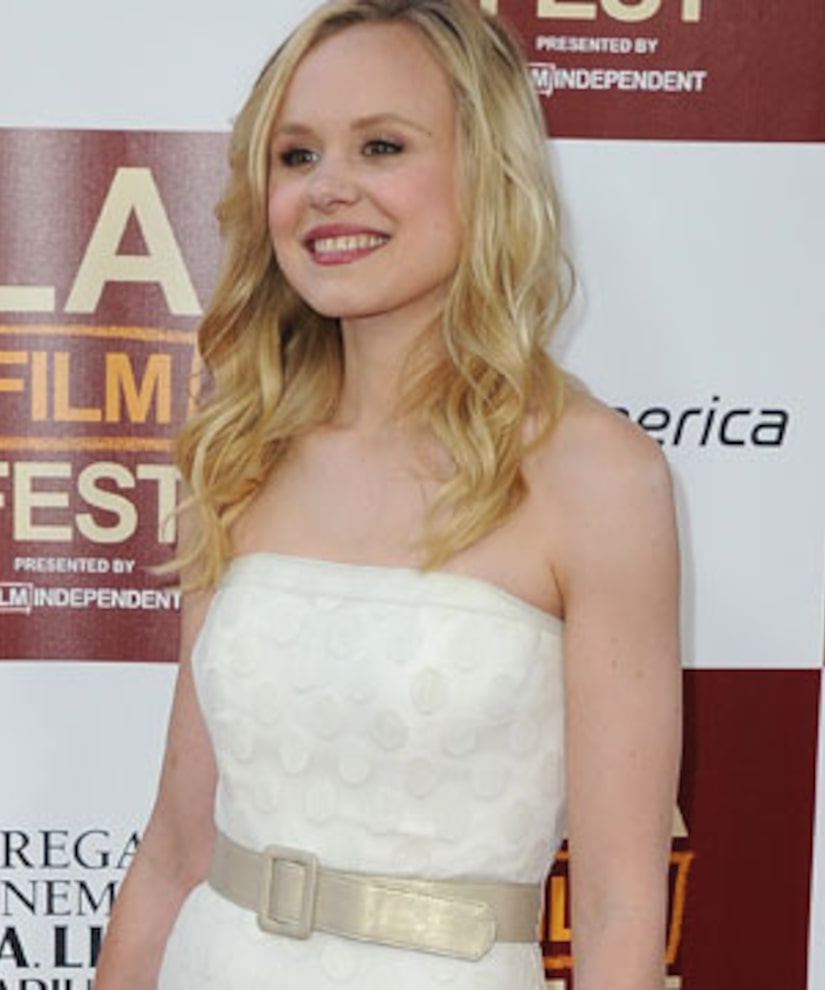 “The Newsroom” actress Alison Pill was left red-faced on Wednesday when she accidentally tweeted a topless photo of herself to more than 14,000 followers.

The racy pic of Pill lying on her back, smiling at the camera, while wearing a thick pair of black glasses (see the original tweet here), was pulled down immediately, followed by a message explaining the social media fumble.

“Yep. That picture happened,” she wrote. “Ugh. My tech issues have now reached new heights, apparently. How a deletion turned into a tweet… Apologies. ”

The 26-year-old's fiancé, Jay Baruchel, found the whole snafu amusing. The actor tweeted, “My fiancee is a hilarious dork” and “Smartphones will get ya.”