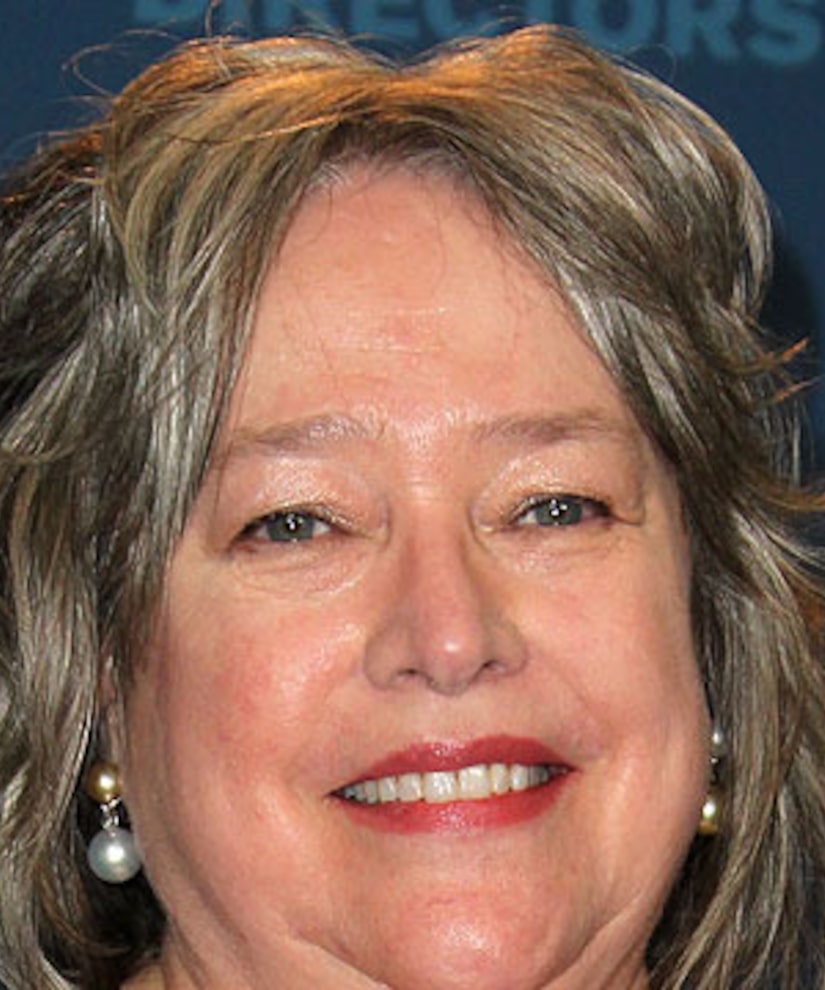 The “Harry's Law” star, 64, survived ovarian cancer nine years ago, but told People.com she was recently diagnosed with breast cancer.

"After much consideration, I underwent a double mastectomy," Bates explained. "Luckily, I don't have to undergo radiation or chemo. My family calls me Kat because I always land on my feet, and thankfully this is no exception."

Bates, who won a Best Actress Oscar for her turn in “Misery,” added, "My doctors have assured me I'm going to be around for a long time," she says. "I'm looking forward to getting back to work doing what I love to do."

Bates has also been nominated for two 2012 Emmy Awards, for Best Actress in a Drama (“Harry's Law”) and Best Guest Actress in a Comedy (“Two and a Half Men”). The Emmys take place September 23.