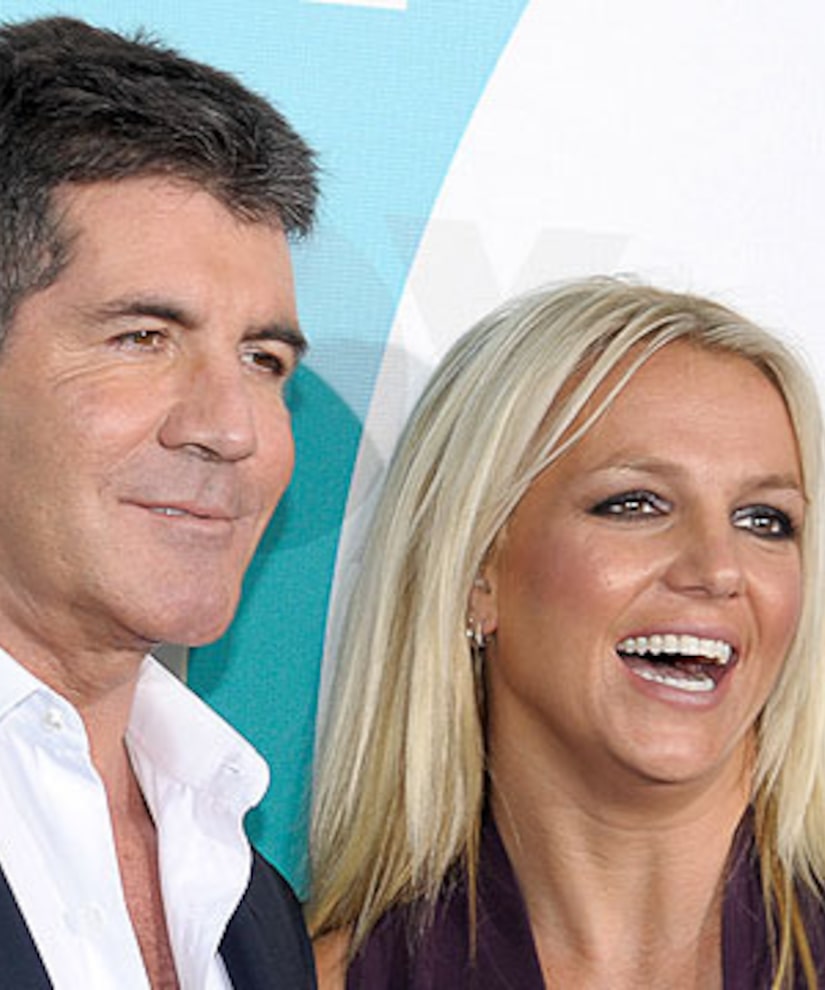 “The X Factor” mastermind Simon Cowell is just as proud as he can be of his protégé, Britney Spears.

Sitting down with “Extra’s” Terri Seymour, Simon and Britney talked about Spears’ debut as the new “X Factor” judge on Wednesday, and how tough she is with the contestants.

CowelI said, “I call it mean, but in Britney's words, it's... what did you call it?” Britney replied, “Happy, honest judge.”

Simon continued, “There's one great sequence in the show where you are going “No, no, no…’ and me looking at her like sort of a proud father!” The singer smiled, “I learned from the best!”

Simon did admit Spears walked off the set the first day of auditions. “Every person, within the first couple of hours is sitting there thinking, ‘What am I doing on this show?”

Britney explained, “I have a regular anxiety like anybody would, just nervous anxiety.”

Cowell also commented on the recent rumors he, too, had a nervous breakdown over the summer. He said, “That’s news to me!” but added he did take a little break. “I got to a point where everything got a little bit too much and I did shut my phones off for six weeks. I didn't turn them on and I loved it.”

As for any bad blood between Spears and “The Voice” mentor Christina Aguilera, which also premieres against “X Factor” this week, the “Toxic” singer said, “She's a good friend of mine. I love her to death, but I feel like it's two totally different show. It's like you can’t even compare the two.

Watch all the “X Factor” action when the show premieres Wednesday, September 12 at 8:00 PM on FOX!