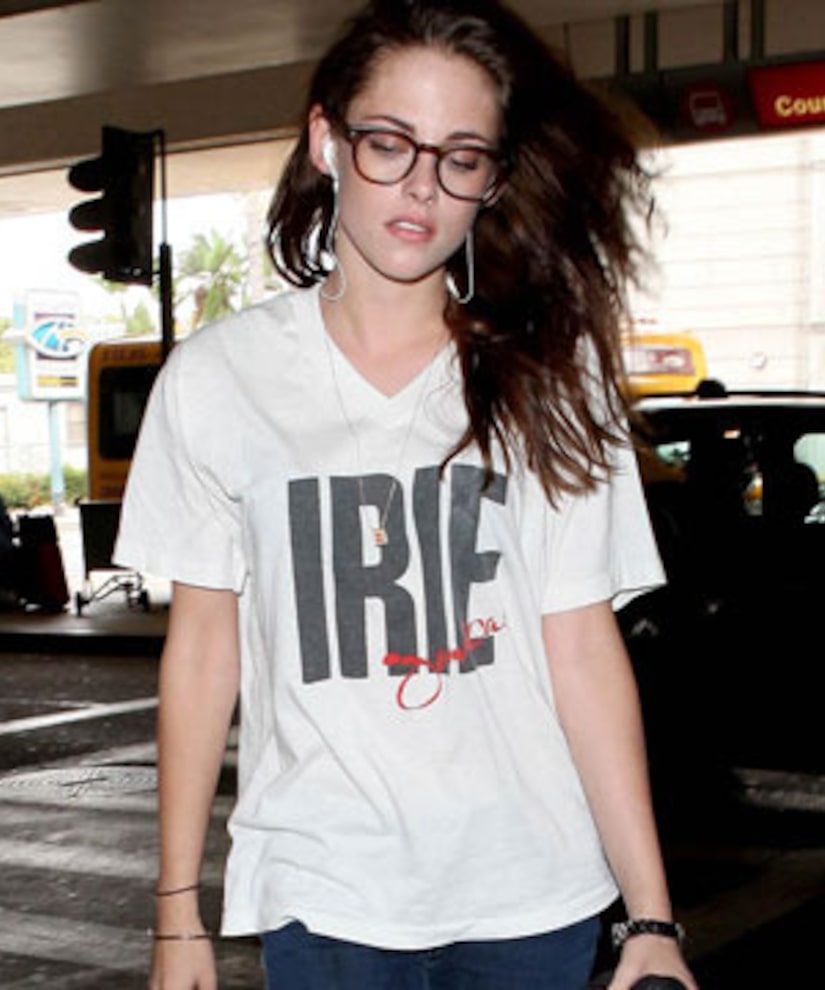 Actor Robert Pattinson and estranged girlfriend Kristen Stewart are keeping their distance. While RPatz is expected to present a “Twilight: Breaking Dawn 2” clip at the MTV Video Music Awards on Thursday night, KStew will be in Toronto promoting her indie flick, conveniently titled “On the Road.”

At first it seemed Rob, 26, would skip the outrageous awards show, but according to new reports, the “Cosmopolis” star is back on the guest list.

Meanwhile, Kristen is reporting for press duties in Canada. The actress was spotted at LAX on Wednesday, jetting to the Toronto International Film Festival. The 22-year-old, who wore a brace on her left middle finger, was sporting Rob's IRIE t-shirt with a pair of skinny jeans and glasses.

This is the second time Stewart has been spotted out and about in Rob's clothing, since she admitted to cheating with married “Snow White” director Rupert Sanders. A few weeks ago she was photographed wearing Pattinson's Orioles baseball cap.

Radar reports that the “On the Road” premiere has KStew “fretting.” “Kristen Stewart hasn't been able to get a wink of sleep in the run-up to the film festival,” a source told the site.

The insider added, “Kristen's worried that because it opens the festival, a lot is expected of it and just prays that it's well received.”