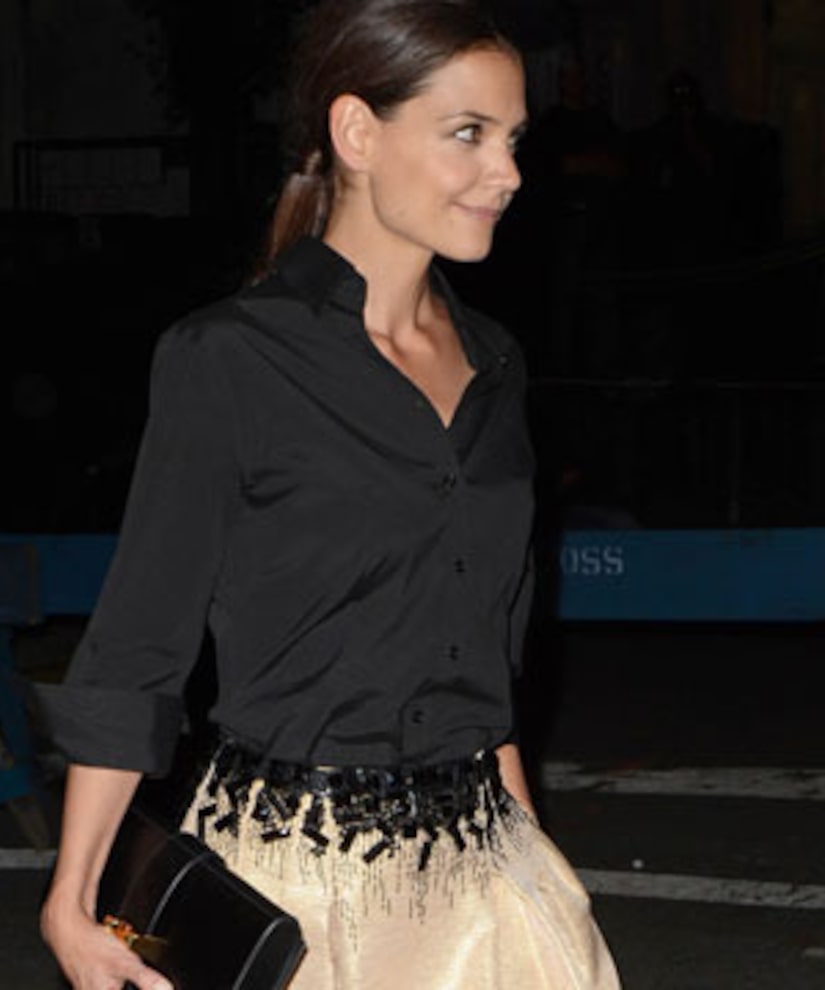 Actress Katie Holmes is all about fashion and beauty these days. The 33-year-old just signed a deal with Bobbi Brown cosmetics, walked the runway at the Style Awards and is preparing to show her Holmes & Yang line at New York Fashion Week.

The “Jack and Jill” star is the first celebrity to promote Brown’s products and will begin appearing in ads in spring 2013.

Katie describes the cosmetics line in the video below as "makeup that is very accessible. It is stuff you can throw on at 9 am and it can get you through the whole day...You just feel good. Sometimes it is just a lipstick or a blush and that makes you feel, 'I can do this.'"

She adds, "Bobbi is very much what her makeup stands for, no fuss, really down to earth and just real."

In the clip, Brown calls Katie an "amazing mom" and says she felt a connection to the star because of their Midwest roots. "She’s a great role model for women... there is not a more beautiful Bobbi face than Katie."

Launching the Holmes & Yang line with stylist Jeanne Yang has been a challenge for the fashionista, whose style icons include Lauren Hutton, Sophia Loren, Beyonce and Katie's own mom, Kathleen.

She recently sat down with Women’s Wear Daily and told the mag, "When you go in and you show your clothing, you think that they're going to buy the whole collection. And when they don't, you're like, 'What do you mean? It all goes together. So what do we do with this?' So that was new, but I think that's kind of a life thing -- 'What, you don't want all of me?'"

The newly single actress described the collection, which ranges in price from $700 to $3,000, as “nice, well-made luxury items that highlight the woman wearing them.”

Fans can also tune into the Style Network on Sept. 14 to see Katie (spotted leaving the pre-taped event above) on the Style Awards catwalk.