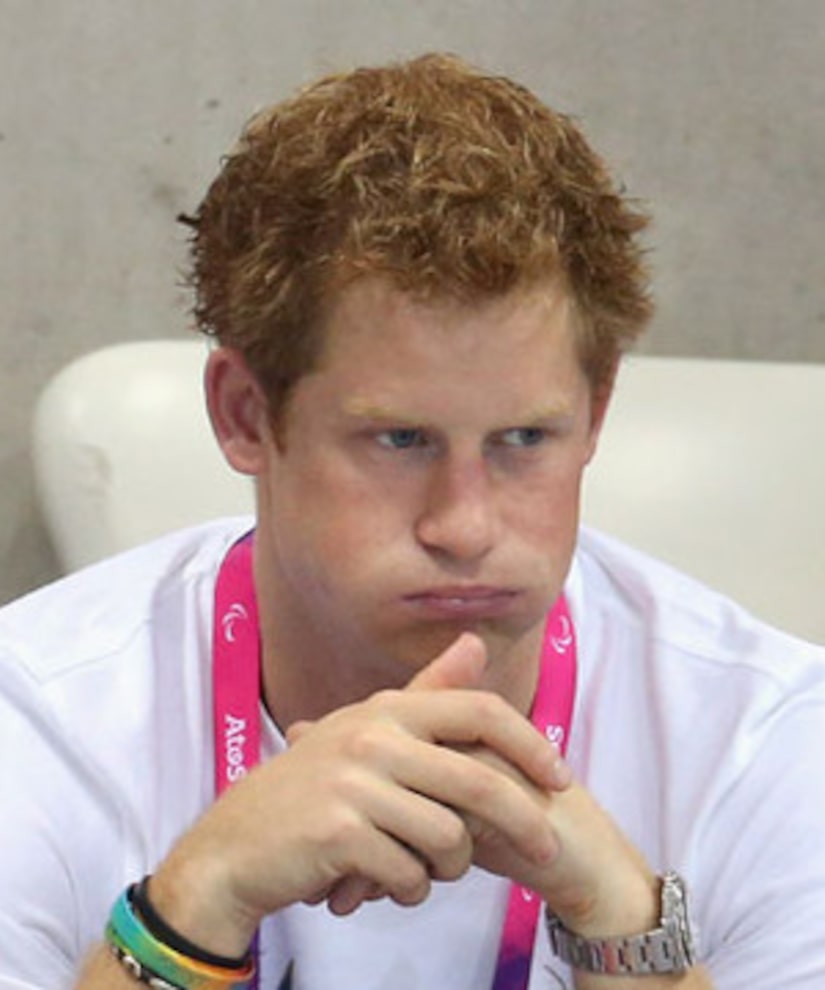 Paul Reichert told Celebuzz, “It's sad. I'm sure she did it to make a few bucks.”

Carrie told the publication she was handpicked along with eight other women by Harry's handlers at the Wynn hotel. “I'm not going to pass an opportunity to party with Prince Harry,” she said.

Later she shared a 15 to 20-minute makeout session with the royal playboy. Carrie added, “I am sure somebody stumbled in as there were people going in and out of rooms all the time. We kissed again and he said, 'That was great.'”

Paul told Celebuzz that not everything Carrie told the publication was true, at least not her age. Online reports say the British born beautician is 40. According to her ex, “She's definitely not 32” like she claimed in the article.

The couple split seven months ago. “She's very promiscuous,” he said. “She is not a very nice person.”

Paul told the site he would have warned Prince Harry if he'd had the chance, but “I'm pretty sure they're not going to get married.”