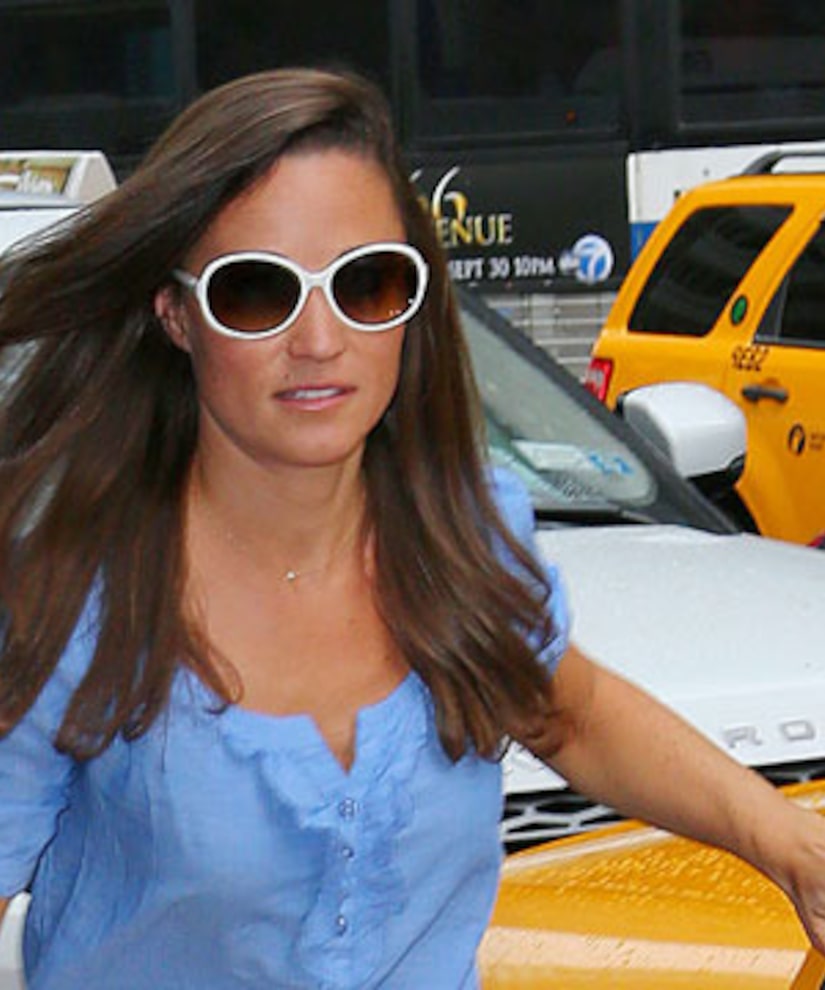 Author and royal in-law Pippa Middleton could be moving to New York City! Kate Middleton's little sister was caught by paparazzi while apartment hunting in the Big Apple on Wednesday.

Pippa hit Madison Ave., wearing cropped orange pants and a blue top, with a woman believed to be a realtor, according to Splash News.

The 28-year-old, who recently released the party-planning book “Celebrate: A Year of Festivities for Family and Friends,” has caused quite a stir since landing in NYC over Labor Day weekend.