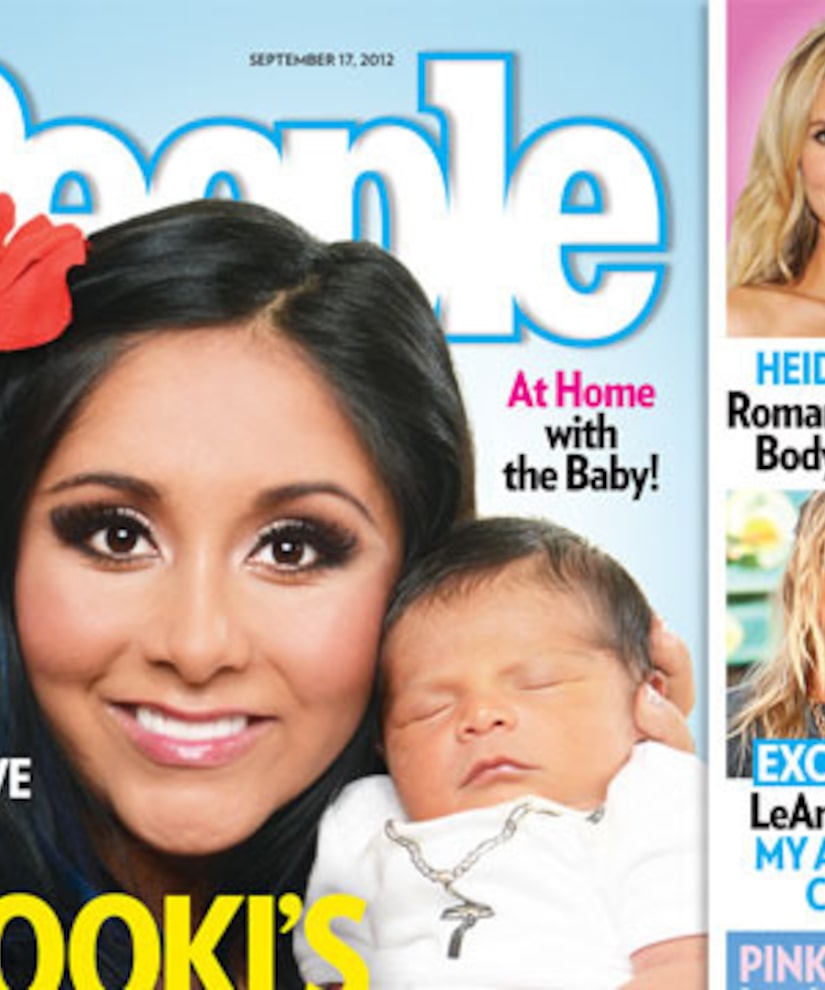 Nicole Polizzi aka Snooki is gracing the cover of People this week with her bundle of joy, Lorenzo.

The “Jersey Shore” star and fiancé Jionni LaValle, 25, welcomed their little bambino on Aug. 26 after 24 hours of labor. Snooki told the magazine that having a baby “is a different kind of love that I never felt before.”

The 24-year-old, known for her wild ways, is turning over a new leaf. “When I got pregnant, everything changed,” she said. “The partying is long gone. I'm a new person.”

The couple also explained how easy it was to pick a name for the little guy. Jionni was inspired by a child from his hometown. “We were going back and forth, and I just happened to think of Lorenzo… she loved it,” he said. The baby's middle name, Dominic, was Snooki's late uncle's name. “I did it for my dad,” she said.

Being a mom isn't getting in the way of Polizzi's career. She is currently filming the spin-off “Snooki & JWOWW” and will appear in the final season of “Jersey Shore,” premiering Oct. 4 on MTV.