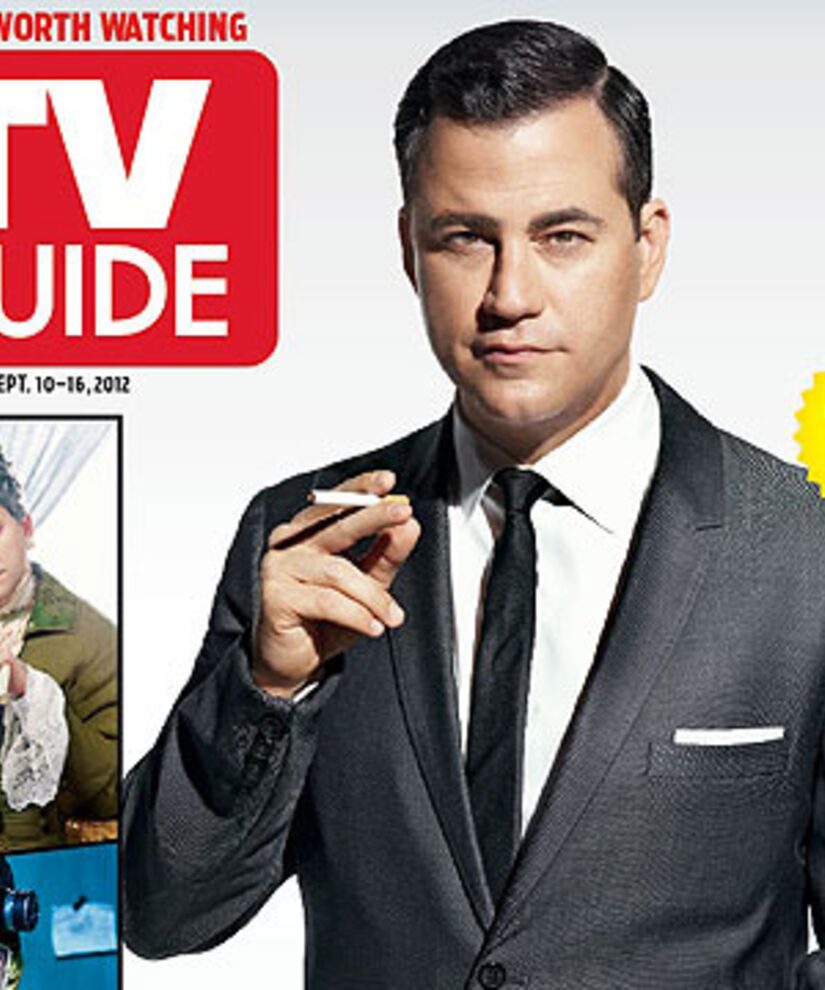 The funnyman posed for four different TV Guide covers, including the “Game of Thrones” character Khaleesi and “Downton Abbey's” Dowager Countess. Check them out!

Kimmel talked to TV Guide about the photo shoot, he explained, "Now I know why they need a butler to help then with their clothes in 'Downton Abbey.' As for Khaleesi, I look more like a member of Poison than Khaleesi. I do feel like Walter White. I kinda look like him. It's amazing what a little glue and hair from some unidentified animal will do."

Kimmel is also pleased to now be on Oprah Winfrey's good side. "We built 'The Man Show' as the anti-Oprah show. I never thought she would do ['Jimmy Kimmel Live'], and I certainly didn't think she would do it with so much enthusiasm... I know most people who were fans of 'The Man Show' will probably be horrified to hear this, but honestly, Oprah is an inspiring person.”