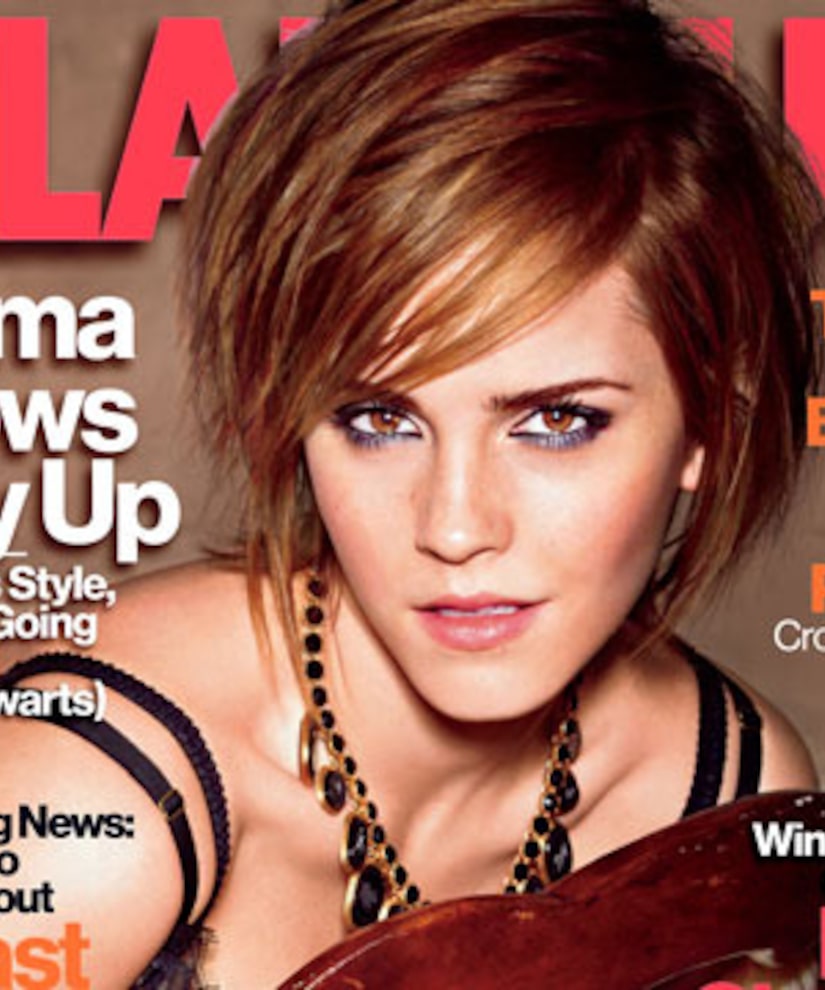 Actress Emma Watson is making her first major post-“Harry Potter” debut in “The Perks of Being a Wallflower.” She's nervous about what people will think, but relying on the “cheesy” outlook, “it's the journey, not the end goal, that's important.”

In an October cover story for Glamour, Emma explained, “Making this movie was so pivotal for me because I realized I do really want to be an actress, which wasn't something I fully knew, since 'Harry Potter' was such a singular experience.”

She's still struggling with the fame, especially after being photographed kissing someone at Coachella music festival.

“I thought there was no way anyone could get pictures of me [at Coachella], but somehow they found me. It's difficult on my dating life, because anyone I get photographed with is automatically my boyfriend. So it just makes it look as if I've had, like, 6,000 boyfriends!” 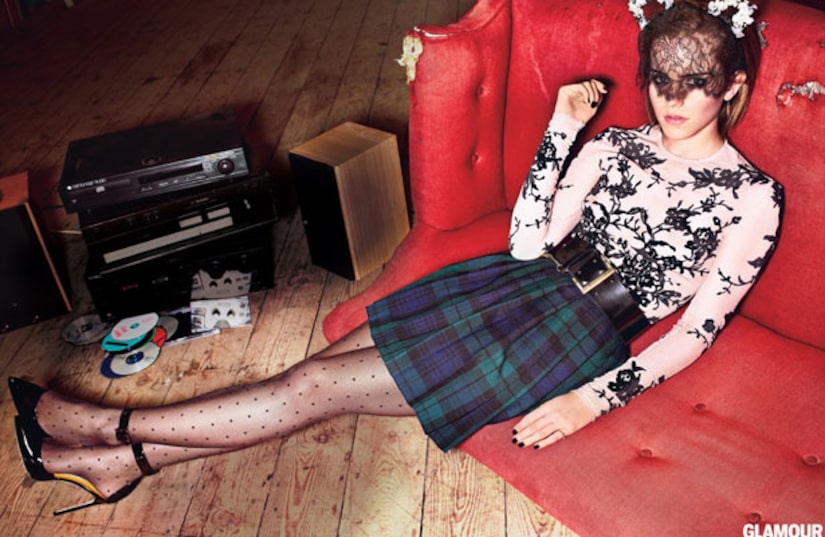 The 22-year-old also opened up about her hair, a hot-button issue since she chopped it off in 2010.

“If I had it my way, I would have just kept it short forever. Of course, men like long hair. There's no two ways about it. The majority of the boys around me were like, “Why did you do that? That's such an error.” And I was like, “Well, honestly, I don't really care what you think!” I've never felt so confident as I did with short hair -- I felt really good in my own skin.”