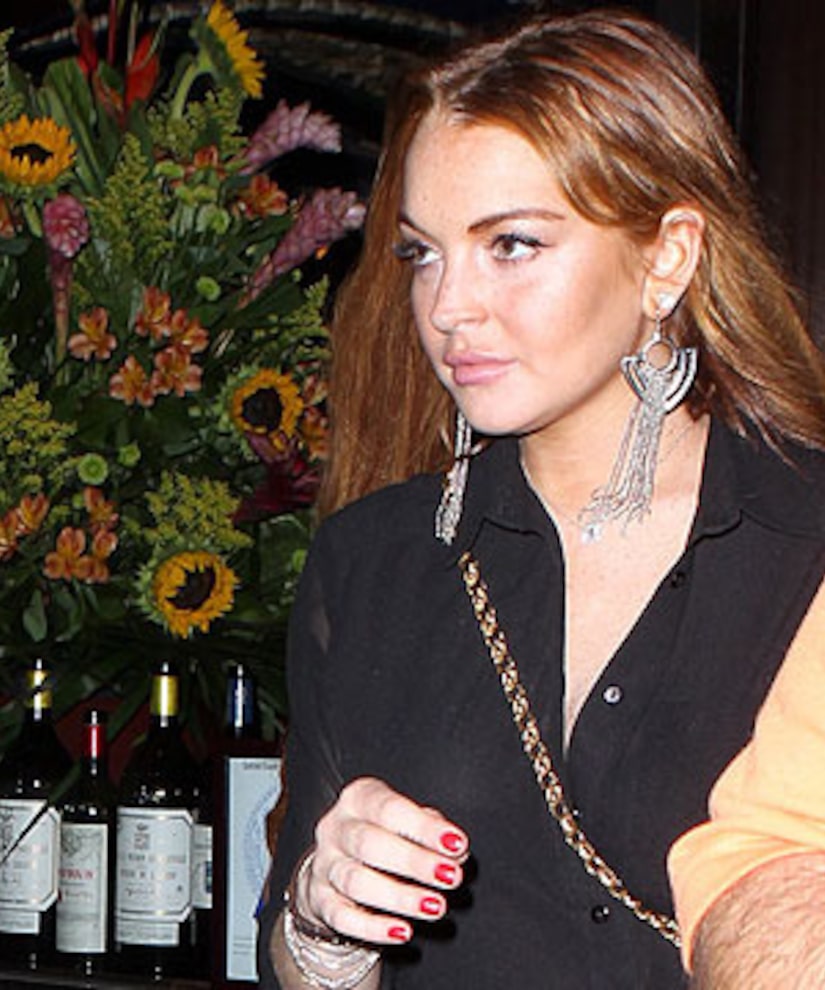 From “Mean Girl” to mean guest? Actress Lindsay Lohan claims she didn't realize her bill at a Hollywood hotel was overdue.

Reports surfaced Tuesday that there was an outstanding balance of $46,350 for LiLo's June/July stay at the famed Chateau Marmont hotel and that she was now banned from staying there.

Sources close to Lohan, however, told TMZ that the starlet thought the producers of the Lifetime movie “Liz & Dick,” in which Lohan is playing Elizabeth Taylor, were covering the tab.

Chateau Marmont also released a statement on the matter, saying they are “horrified” this information was leaked. It stated, “Chateau Marmont places guest privacy as a core value and upholds this privacy with paramount importance. After investigation, it appears that a private correspondence between Chateau Marmont's general manager and Miss Lohan was leaked by a member of her entourage. We are as horrified, disappointed and troubled by this occurrence as Miss Lohan surely is. Obviously, this is a private matter between one of our guests and the hotel and we will continue to treat it as such.”

TMZ says Lindsay is currently sorting things out with the movie producers -- and if it comes to it, she'll pay the bill.