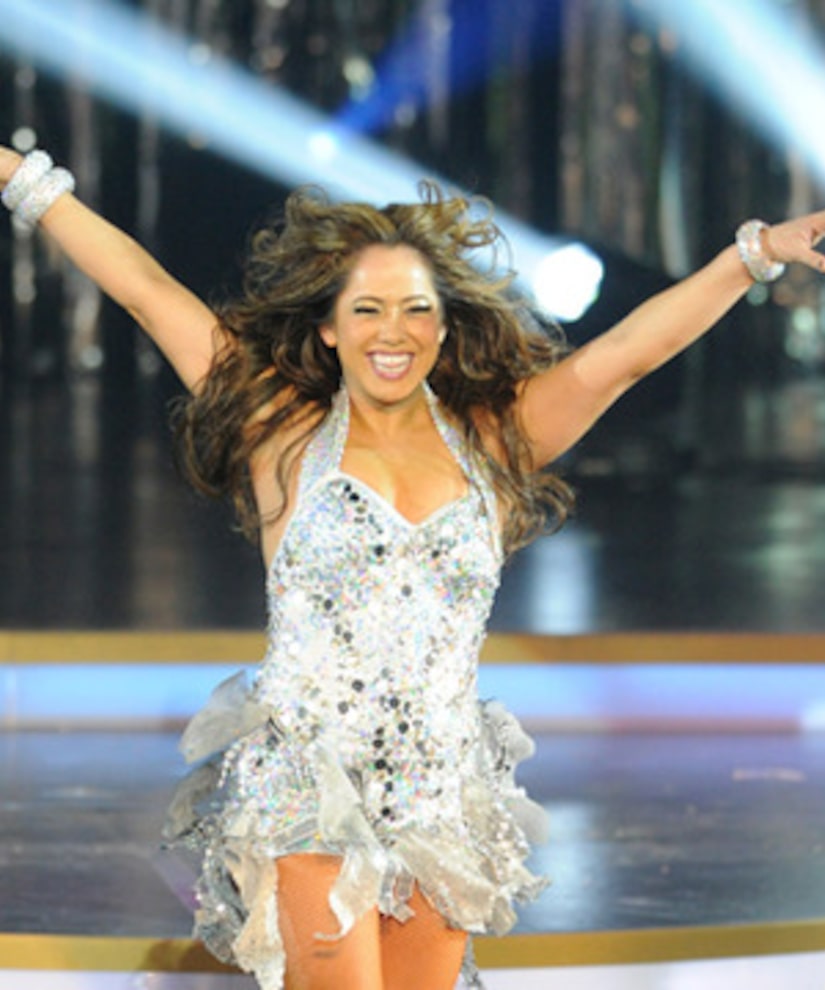 “Cheetah Girl” Sabrina Bryan is the viewers' choice for “Dancing with the Stars: All Stars”! The actress and singer beat out Carson Kressley and Kyle Massey for the 13th slot on the news season of “DWTS.”

The actress and singer told “Good Morning America,” “I am so excited. I'm getting teary-eyed just right now.”

She added, “It was a fight… we all three really wanted it. I'm the lucky one with some amazing, incredible fans that have really stuck behind me.”

Sabrina's new dance partner, Louis van Amstel, could barely contain his excitement, tweeting, “I found out Friday night, it was so hard not to tell anyone. I wanted to scream it out loud, but wasn't allowed…”

On Monday he told “GMA,” “This is the first season I can knock myself out as a dancer, as a choreographer, because she's so good. From day one, we are going to knock even our own socks off.”

Tune in Monday, Sept. 24 for the premiere of “Dancing with the Stars: All Stars” on ABC.