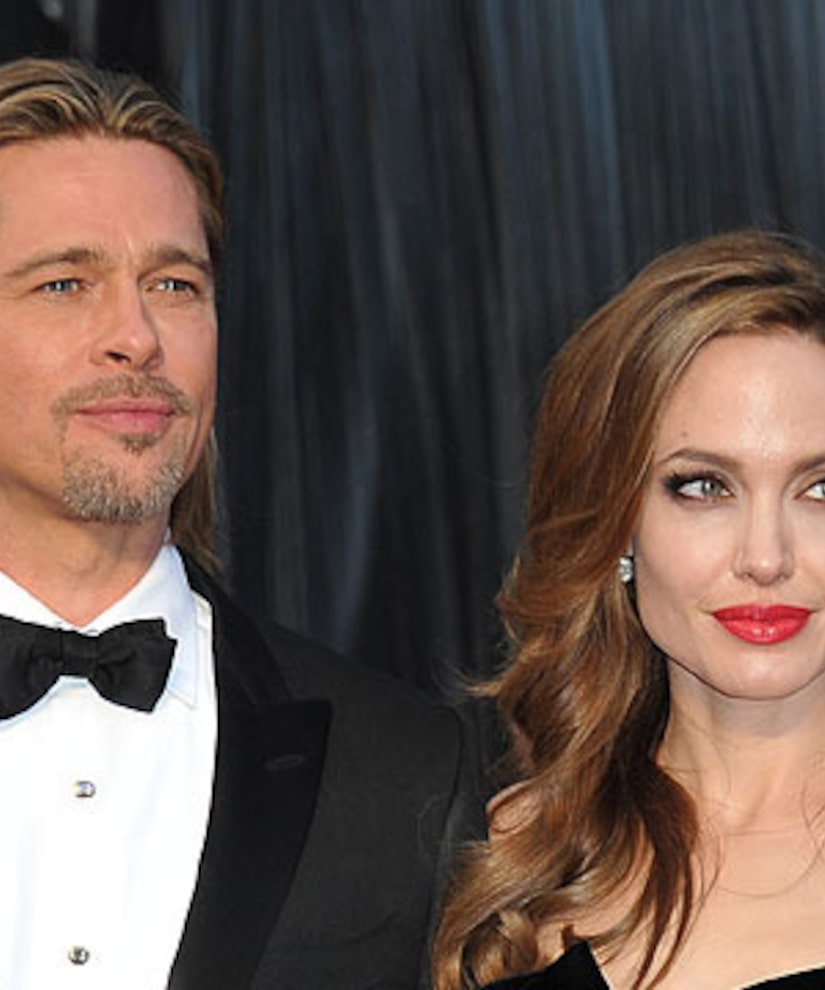 Actress Angelina Jolie and fiancé Brad Pitt packed up the kids for a weekend of family fun in France.

The Jolie-Pitt crew headed from London to the coastal town of Le Touquet via helicopter, according to People. Once they arrived the group hit Au Bureau on Rue de Londres and ordered up five pizzas. Zahara, 7, Shiloh, 6, Knox, 4, and Vivienne, 4, were spotted in a booth together.

Next, Angelina and Brad took their brood to the family owned shop Culture Kid where they dropped around $215 on toys like dinosaurs, dolls, Barbie clothes and more.

This wasn't Angie's first time in Le Touquet; the actress was reportedly there last September.

One Culture Kid employee told People, "I wasn't notified of their visit. I didn't expect it. I didn't even recognize them. I said 'Bonjour' like I do to all my clients and then I saw Brad Pitt. I asked him for an autograph."

The staff member added, “Since Angelina was here with her son last year, the shop has moved, but they found us. I think she must really love the store.”