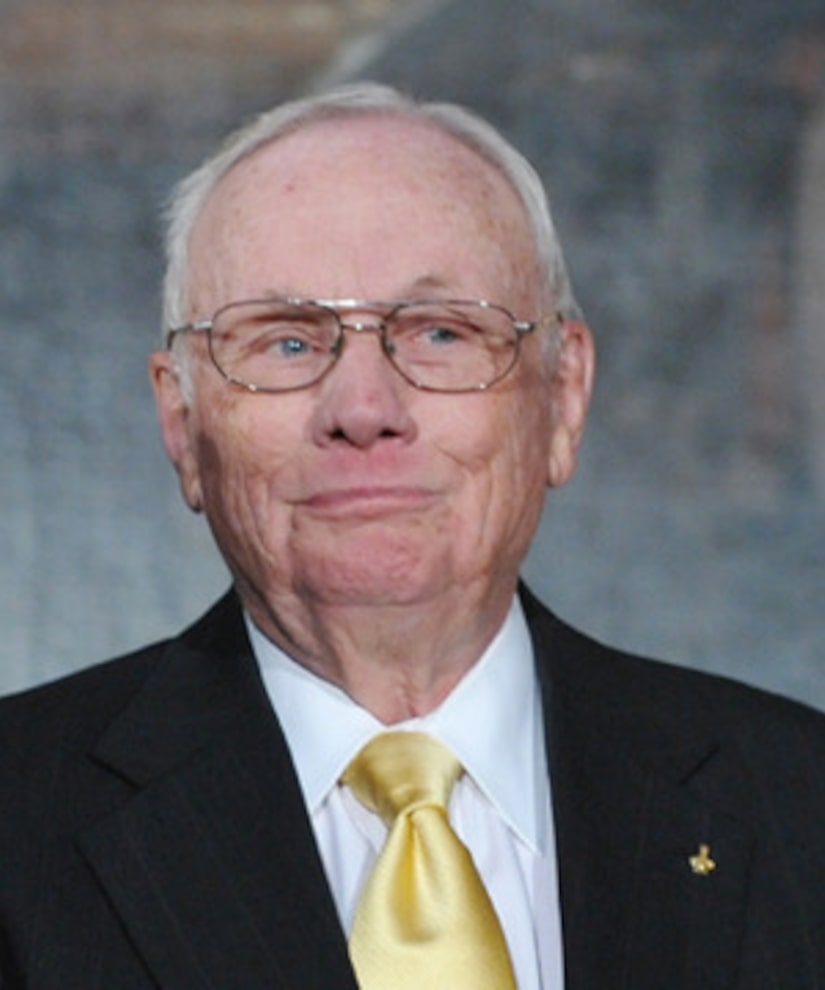 Astronaut Neil Armstrong has died, according to NBC News. The first man on the moon, who was recovering from heart surgery, was 82.

Armstrong shot to fame in 1969 when he landed on the moon with fellow Apollo 11 astronaut Buzz Aldrin. After taking the first steps on the lunar terrain, he uttered the famous words, “That's one small step for man, one giant leap for mankind.”

He went on to work for the Pentagon and then as a professor at the University of Cincinnati. He later retired as the chairman of the board of EDO Corp. in 2002. The space pioneer was awarded the Congressional Gold Medal last November.

Armstrong had bypass surgery on Aug. 7. At the time, Aldrin had wished him well via Twitter. He posted, “Just heard about Neil & heart surgery today-Sending my best wishes for a speedy recovery-We agreed to make it the 50th Apollo Anniv in 2019.”

The two famous astronauts, along with Apollo 11's Michael Collins, received special stars on the Hollywood Walk of Fame to commemorate their contribution to television. These unique stars feature silver moons with the date of the first moon landing, July 20, 1969, and the words "Apollo XI."