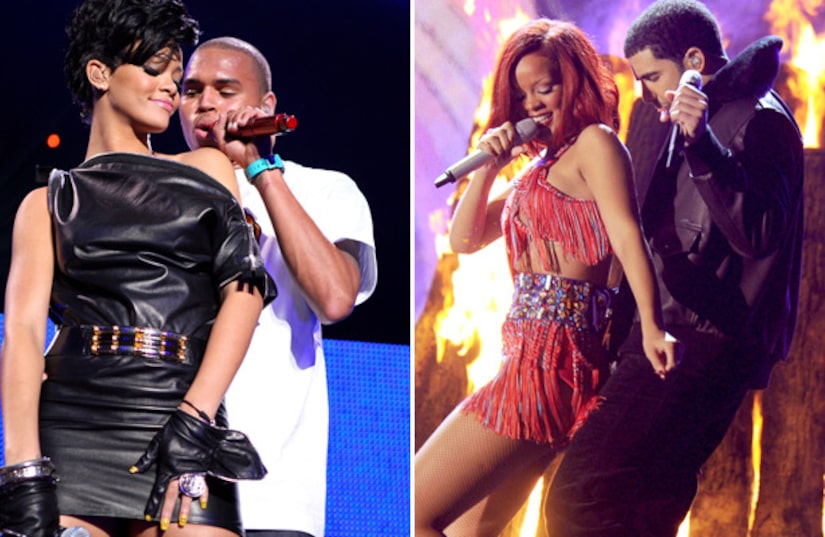 A run in between the trio, who are all nominees, could cause some serious drama. Rihanna just opened up about her love for abusive ex-boyfriend Brown on “Oprah's Next Chapter.”

Not to mention, Chris and Drake are currently being sued for millions after the pair allegedly started a bar brawl over Rihanna in NYC on June 14.

Us Weekly says MTV execs couldn't be happier about the potential reunion. "They are hoping a fight breaks out," a source told the mag. "Ratings galore!"

No word yet on whether the artists plan to perform at the Sept. 6 awards show.