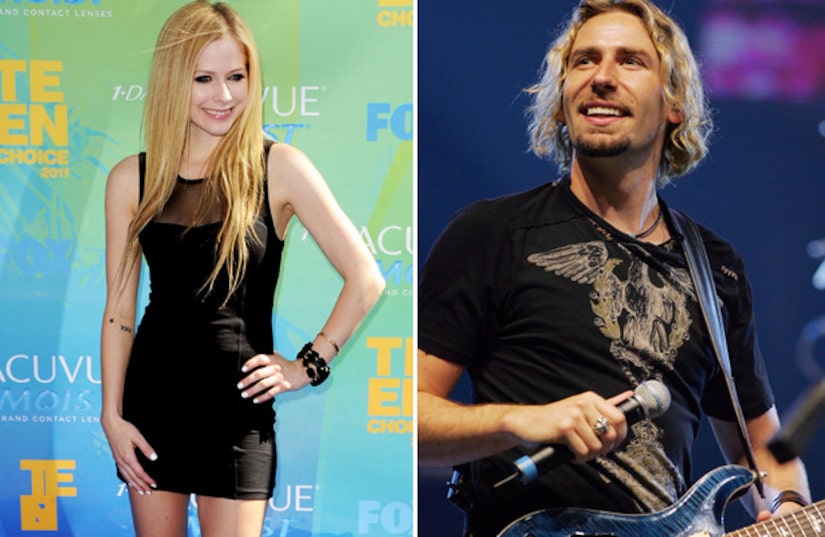 The Canadian rockers have quietly been dating for six months and are ready to tie the knot, Lavigne's rep told People. Chad popped the question on August 8 and an insider revealed, "He makes her so happy. Both of their families could not be more excited."

Wedding details are still under wraps, but a source did say that Kroeger proposed with a 14-carat diamond ring.

Avril, 27, and Chad, 37, co-wrote a song together for Lavigne's upcoming fifth album. On Aug. 19 she thanked Chad for his help via Twitter, "That's a wrap boyz @hodgesmusic and chad @Nickelback !!! Woo hoo. Super stoked for this record."

"A romantic relationship blossomed as they spent time writing together," a source told People.