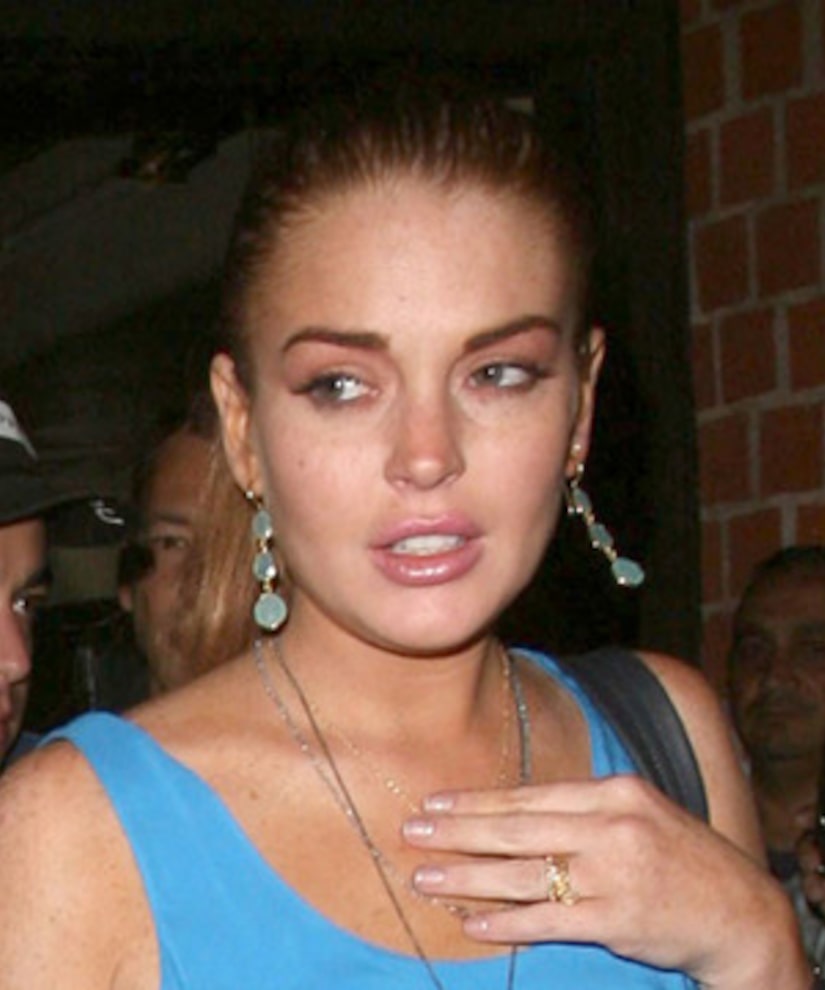 Lindsay Lohan spent Monday trying to help the police track down a thief. The actress and her assistant Gavin Doyle were among several people held for questioning after a friend's house was robbed, reports X17.

Lohan crashed at a friend's house Sunday night after a small gathering and in the morning the homeowner noticed things missing. A source told X17, "It looks like the owner of the home realized some of his personal belongings were missing this morning and he went crazy, accusing people in the house. He eventually called the cops to come investigate."

TMZ reports the homeowner claimed some expensive jewelry was missing.

LiLo, who was charged with grand theft last year for stealing a necklace (she pleaded no contest), is not a suspect in the case. The actress was a victim of burglary herself in 2009 when the Bling Ring stole approximately $130,000 worth of clothes and jewelry from her Hollywood Hills home.