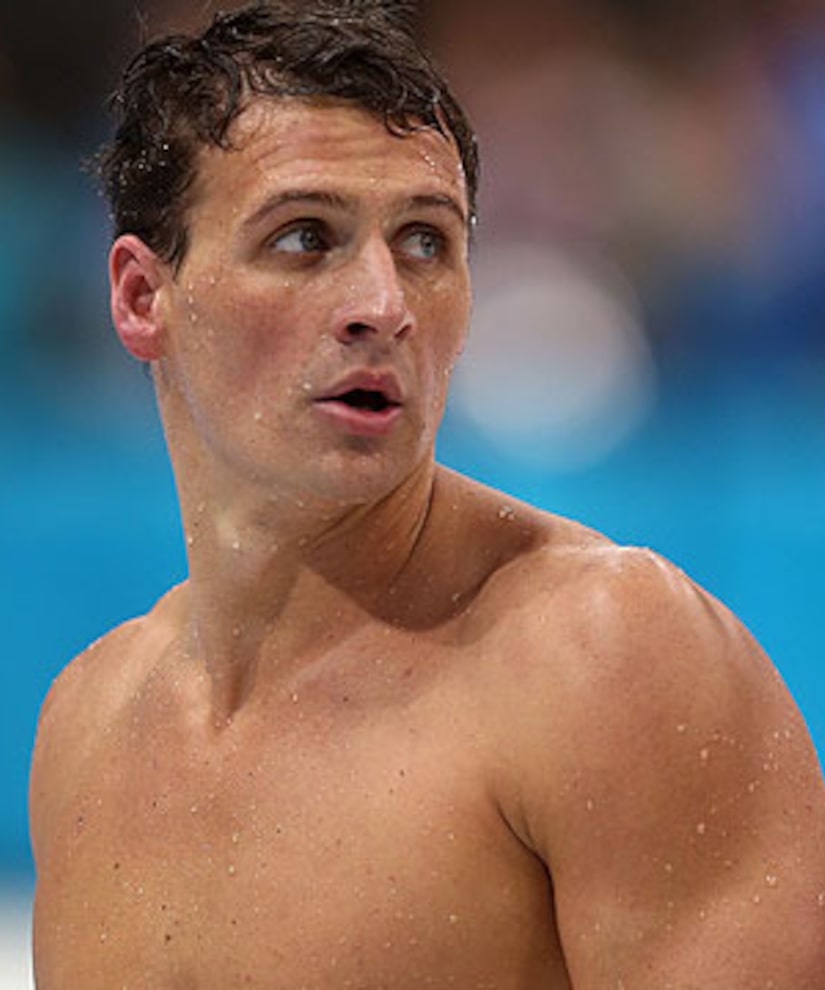 “Extra’s” Renee Bargh was a lucky girl when she visited Olympic swim champ Ryan Lochte on the set of “90210” as he made his acting debut… without a shirt.

As for girlfriends, the swoon-worthy athlete admitted, “I didn’t [want to date] before because I was really focused on my training. Now that the Olympics are over I definitely could see myself settling down.”

His ideal girl would be someone who “could hold her own and you know what? I want a best friend... and at the same time, a lover.”

On the rumors he might be either the next “Bachelor” or a contestant on “Dancing with the Stars,” Ryan said he is considering both but leaning toward “DWTS.” “I think I would do it.”