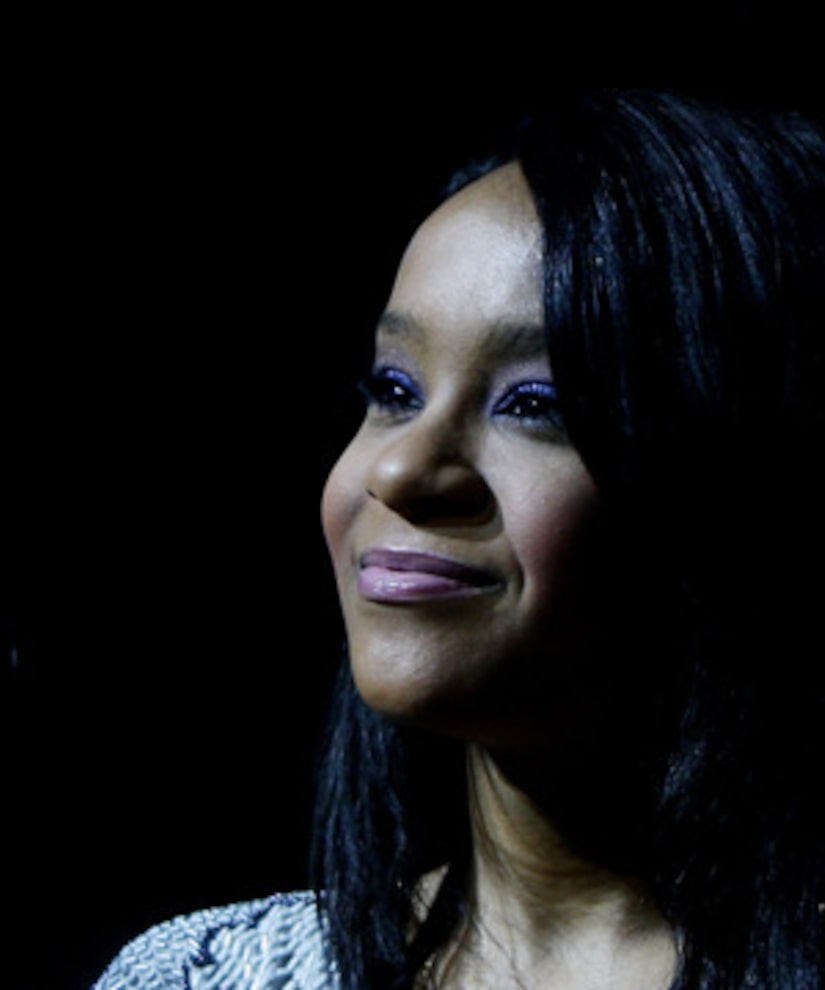 When TMZ asked the budding actress if her father is “rising above” his alcohol issues, she replied, “'Rise above' is not the word you should use… not at all.”

Later, Brown's only child with ex-wife Whitney Houston, showed her dad some support via Twitter. Bobbi Kristina wrote, "I love my father, very much and wish him well in all."

Brown agreed to enter a private treatment facility after he was arrested in March on DUI charges.

In a statement, attorney Christopher Brown told "Extra," "Mr. Brown takes his agreement very seriously and admitted himself three weeks after concluding his honeymoon in Mexico during a break from the New Edition tour. Bobby is doing well and receiving services that comply with his agreement with the State of California."

Bobby also has the support of his new wife and manager, Alicia Etheredge-Brown. She wrote in a statement, "Bobby's children and loved ones are very proud of him. We appreciate his fans' prayers and well wishes. Bobby is mentally in a good place."