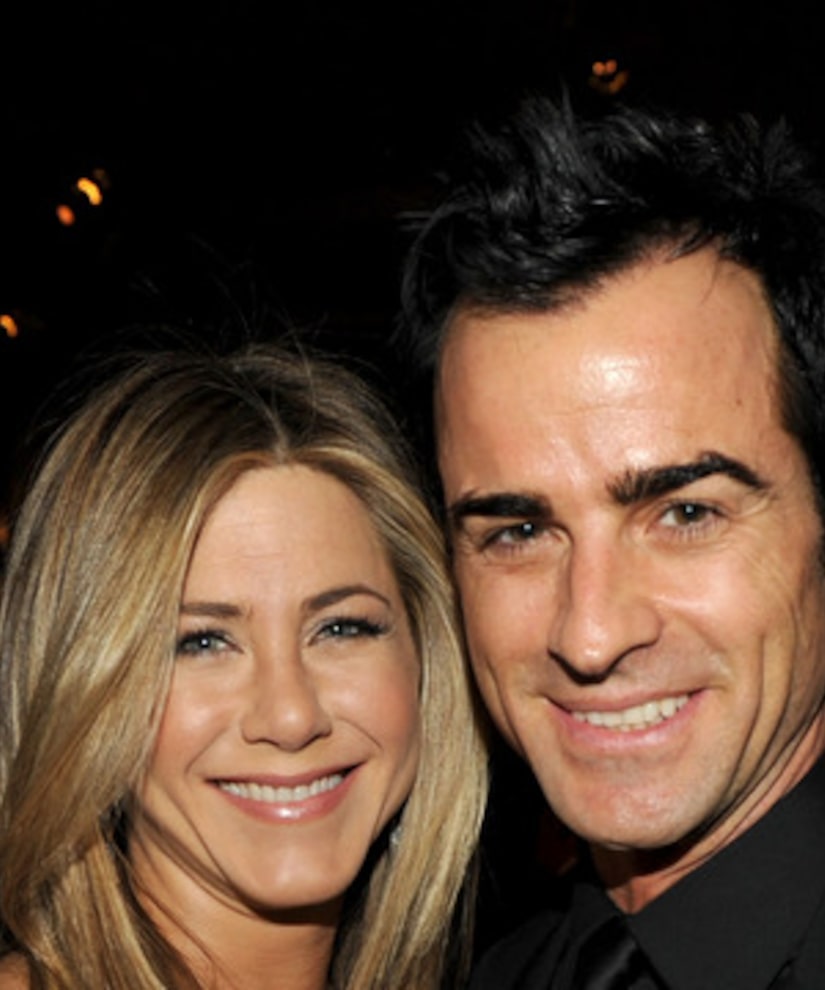 According to Justin's rep, the couple took their relationship to the next step as he turned 41. "Justin Theroux had an amazing birthday on Friday, receiving an extraordinary gift when his girlfriend, Jennifer Aniston, accepted his proposal of marriage."

The "Wanderlust" co-stars began dating in May 2011, after meeting on the set of the film.

This will be the first marriage for Theroux, and the second for Aniston, who was formerly wed to Brad Pitt.

Brad Pitt and Angelina Jolie, who began dating shortly after Pitt and Aniston's separation, were engaged in early April after 7 years together. Despite rumors, Pitt and Jolie were not married this weekend in France, but their walk down the aisle is rumored to be happening before the summer ends.

In an interview with "Extra," Aniston spoke of her relationship with Theroux. "The most important qualities in a relationship are… Making sure you take time out to talk with each other, experience things together." Theroux added, "kindness, honesty - and a sense of humor."