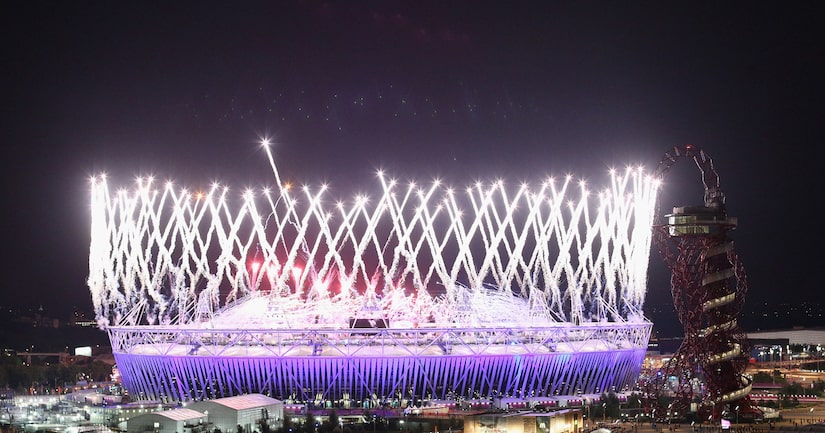 The 2012 Olympics have been full of joy, tears and gold. How will this monumental event come to an end Sunday in London?

The closing ceremonies, directed by David Arnold, is titled "A Symphony of British Music," and will be based on 30 classic pieces.

Though acts have not been confirmed by organizers, expectations for the lineup include: The Who, The Spice Girls, Adele, Ray Davies and Muse.

The show will also feature speeches from Rio 2016 Olympics organizers, highlights from this summer's games and the extinguishing of the Olympic flame.

The ceremony will be broadcasted during prime time on NBC at 7PM ET/ 8:30PM PT, and go for two and a half hours.

After taking heat for not broadcasting many high-interest events in real-time, NBC has decided to stream the closing ceremonies live on NBCOlympics.com, starting at 4PM ET/1PM PT.

Throughout the games, more than 210 million Americans have watched a portion of the events, and NBC attracted an average of about 32 million viewers a night in prime time, according to The Los Angeles Times.

President of Research for NBCUniversal told the Times, "The Olympics have defied media gravity."