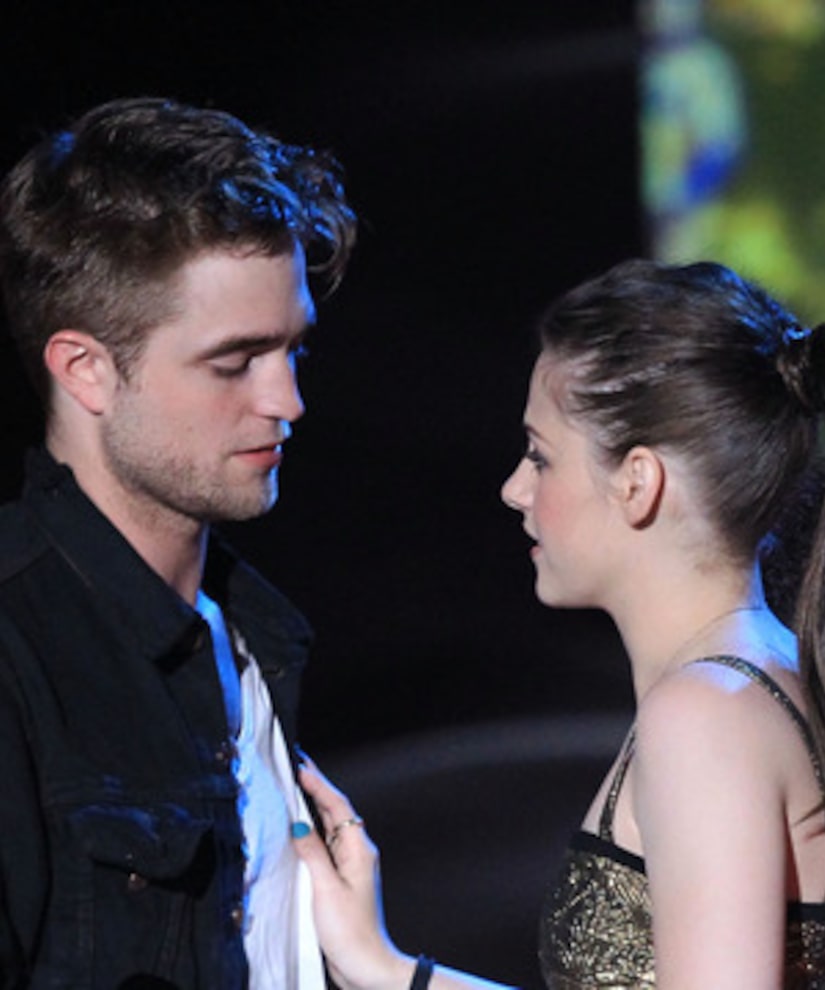 In 2011, former power couple Robert Pattinson and Kristen Stewart placed fifth on Forbes' Highest-paid Celebrity Couples list with combined earnings of $40 mil... but were nowhere to be found on this year's tally.

"Stewart and Pattinson were, in fact, left off the list because they are broken up," Forbes told The Huffington Post.

Will and Jada Pinkett Smith took Pattinson and Stewart's spot on the list, which is headed by Beyonce and Jay-Z, earning a whopping $78 million together annually. Supermodel Gisele Bundchen and quarterback Tom Brady came in second with $72 mil.

This to be a first of fallen awards for the "Twilight" sweethearts. The pair likely won't be favorites to win "Best Kiss" for the 5th time at this year's MTV Movie Awards.