Bobbi tweeted a pic of her and Nick kissing, with the caption, "1 of the main reasons why i even smile today.:) iloveyoubooboo, forever&always. "it's just US now"..@Nickdgordon <3"

In the photo the 19-year-old actress also showed off a mysterious large sparkler on her left finger.

According to TMZ, Bobbi and Nick grew up together after Whitney took him in at age 12.

Last Wednesday, the controversial couple got matching "WH" tattoos on their wrists in honor of what would have been Houston's 49th birthday. 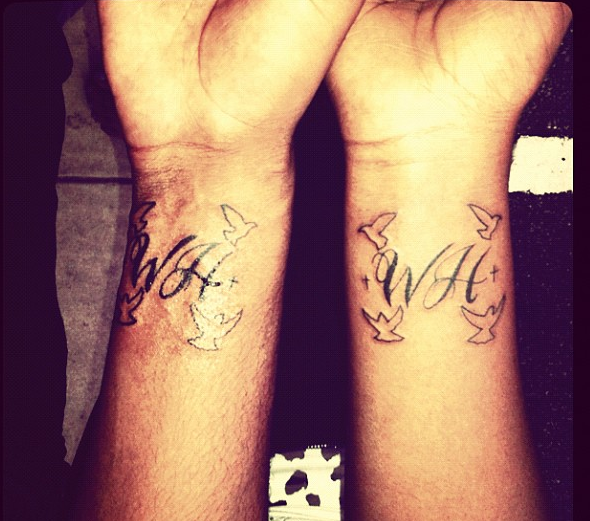 Bobbi and Nick have reportedly been dating since last march when Nick tweeted, "Yea we go a littler closer and what!!!"