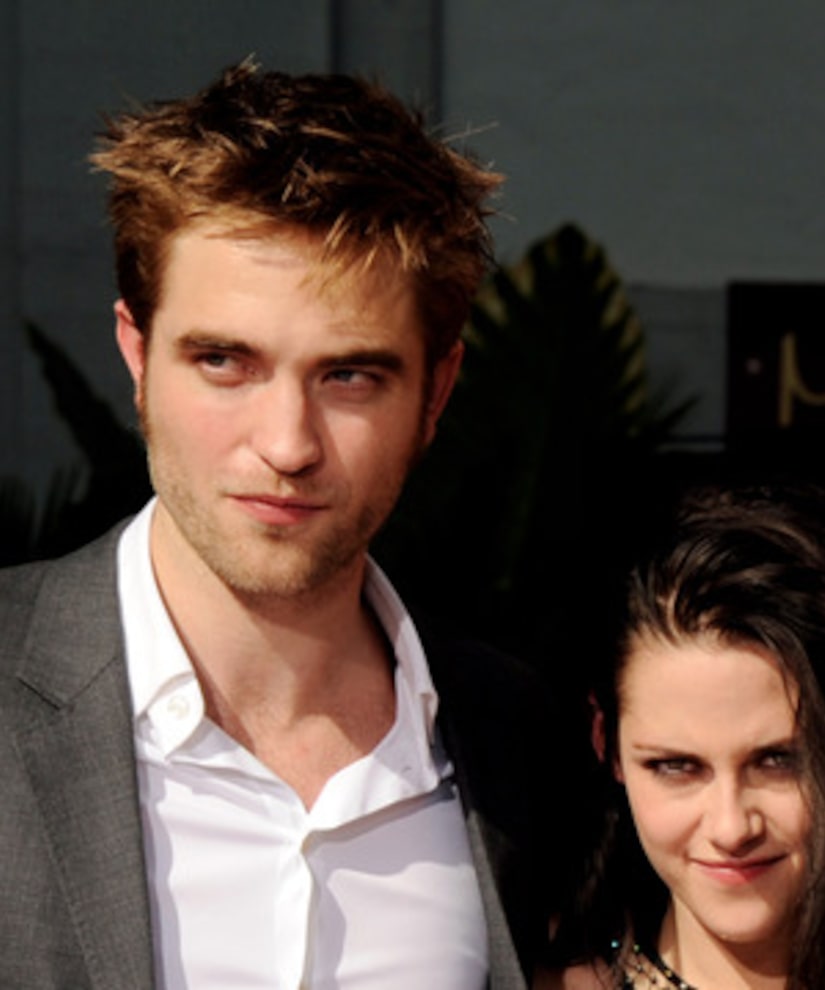 The five stages of the saga continue. According to a source close to heartbroken Robert Pattinson, the 26-year-old screen idol is over the "anger phase" in his breakup with cheater Kristen Stewart, and is even considering reconciliation, reports Radar Online.

"Rob was super angry for the first couple of weeks. Angry at Kristen for ruining what they had, angry at her for the public embarrassment, angry at Rupert," the source revealed. "But he's starting to wind down and really think about what he's going to do regarding his relationship with Kristen. He goes back and forth..."

According to the insider, Rob has been taking advice from a select group of friends… "Some who think he should move on… but others who think Rob and Kristen still have a special connection and want to give her another chance."

This vamp has some serious decisions to make! Meanwhile, Jules Stewart, mother of Kristen, was spotted in Los Angeles for the first time since her daughter's affair went public.

Jules was seen proudly showing off her tattoos as she ran errands on her bike, while wearing a white t-shirt, greenish pants and a red bandana.

Though Kristen is still in hiding, Rob is set to make his first public appearance Monday, August 13 on Comedy Central's "The Daily Show with Jon Stewart" to promote his new flick, "Cosmopolis."