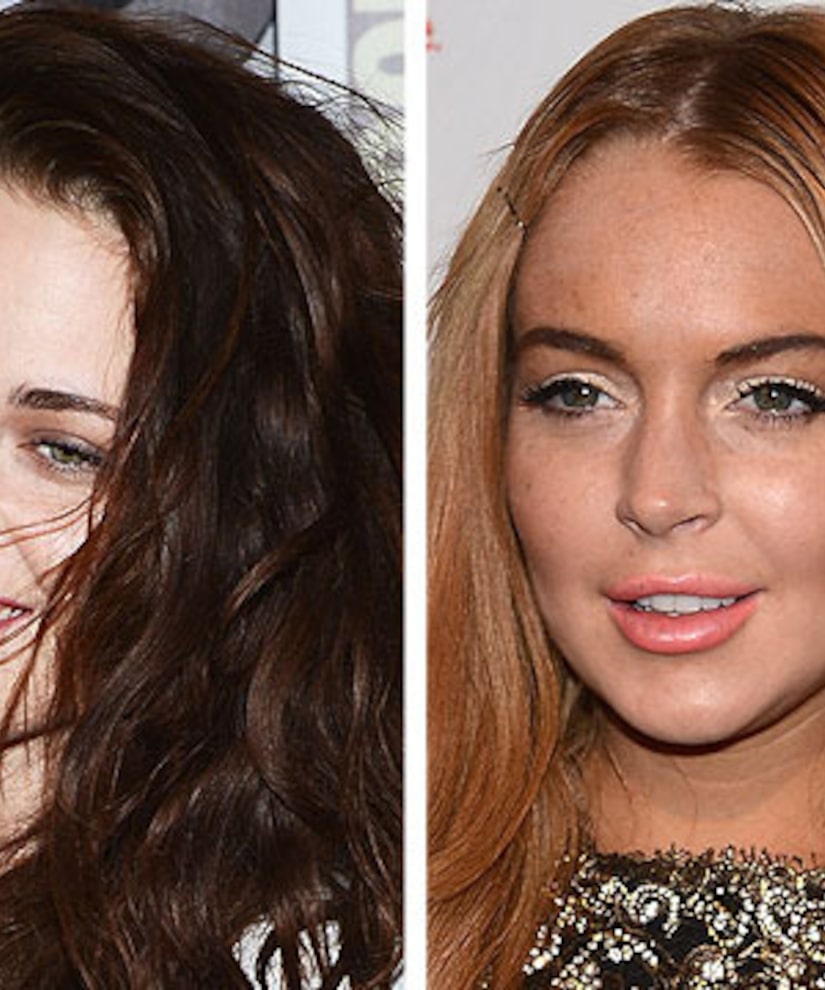 “Twilight” star Kristen Stewart came out of hiding after a cheating scandal rocked her relationship with Robert Pattinson by attending a party with Lindsay Lohan.

X17online reports the two were spotted together at a house party at a private house in Huntington Beach on Thursday.

Stewart has been licking her wounds since admitting to a brief fling with “Snow White” director Rupert Sanders. The actress dropped out of the indie film “Cali” and will not be attending next week's London premiere of her film, “On the Road.”

Meanwhile, Pattinson is scheduled to start promotion for his film “Cosmopolis” by appearing on “The Daily Show with Jon Stewart” on Monday.