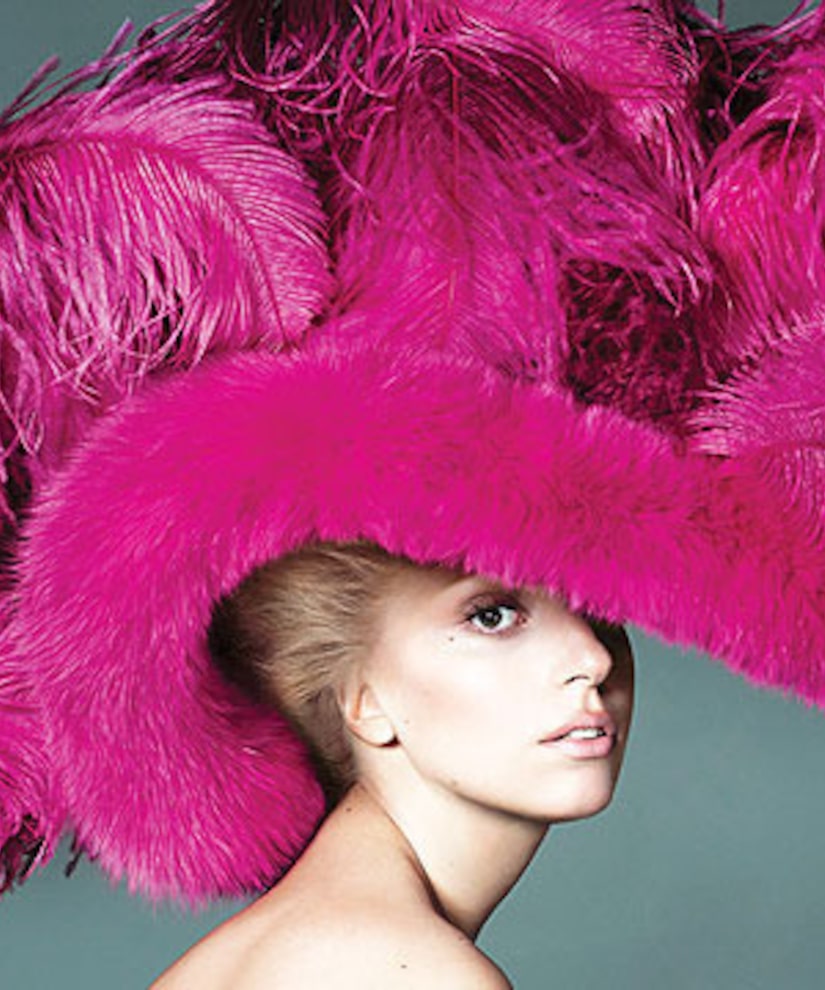 Superstar Lady Gaga graces the September cover of Vogue, marking the 120th anniversary of the magazine.

Mama Monster is currently touring the globe with her “Born This Way Ball” extravaganza and is also launching a wildly inventive fragrance. She told Vogue, “The fragrance is called Fame. It must be black. It must be enticing. You must want to lick and touch and feel it, but the look of it must terrify you.”

As for her ever-changing musical style, Gaga explained, “I don't really make records for people to listen to and go, 'Wow, she's a genius.' I'd really like you to order a drink, maybe kiss the person you came with that evening, or rediscover something about your past that makes you feel even more brave.” 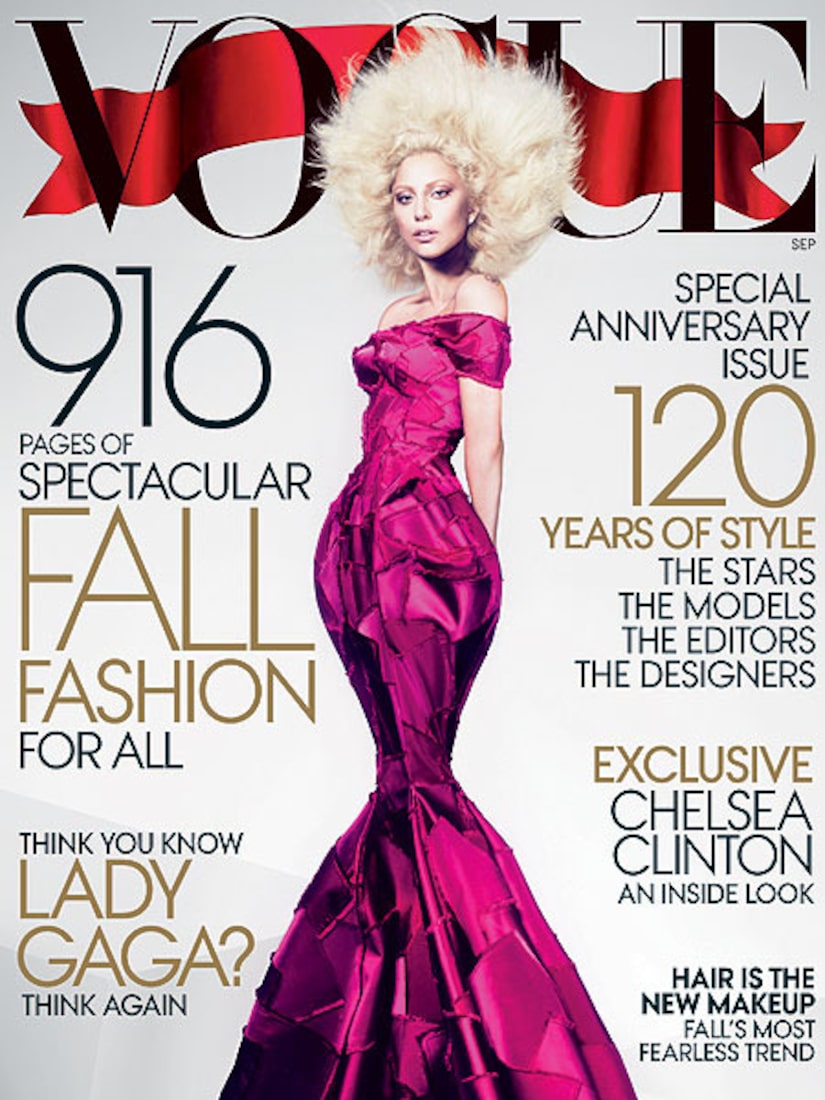