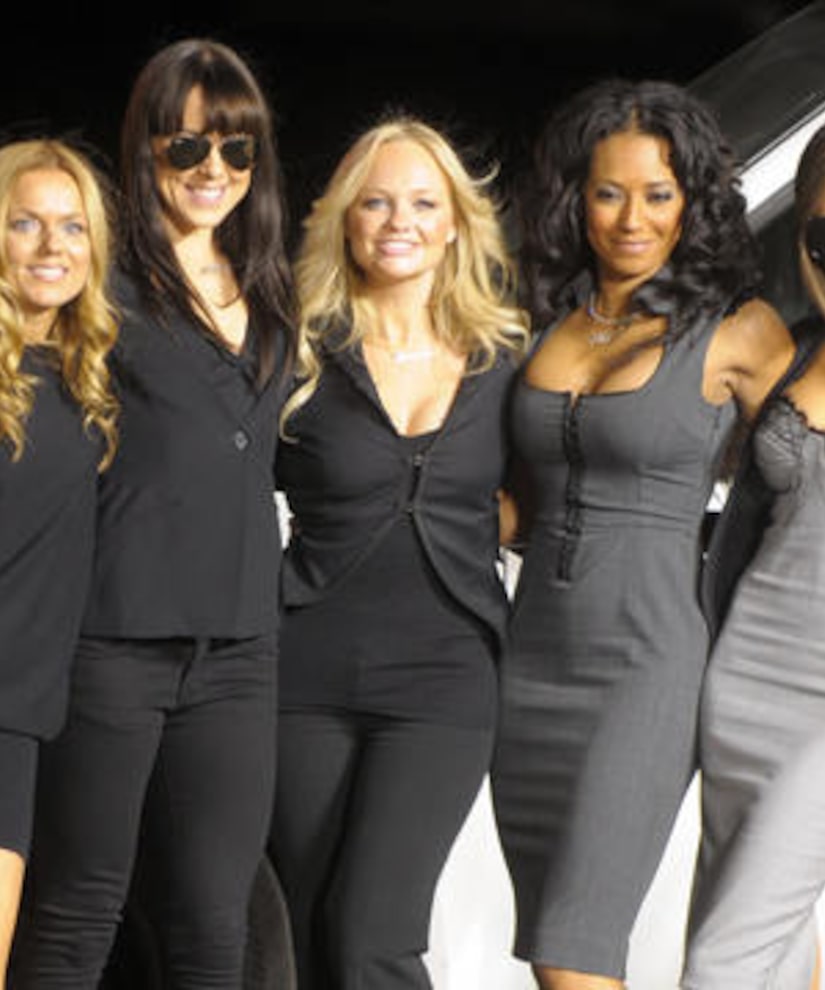 That popular '90s girl band, The Spice Girls, is scheduled to perform for the first time since 2007 at the closing ceremonies of the 2012 London Olympics!

According to Daily Mail, the UK beauties were spotted rehearsing at the Ford car plant in Dagenham, east London, for Sunday night's performance.

To prep for their much-anticipated reunion, Victoria Beckham, Geri Halliwell, Emma Burton, Mel B and Mel C stood on top of black London cabs as they stepped back into their alter-egos, Posh Spice, Ginger Spice, Baby Spice, Sporty Spice and Scary Spice.

In an interview earlier this year, Mel C hinted at a possible Olympics reunion. "We were proud to be British and to be successful internationally, and we were the last band probably to do that. So I think it would be a real shame if we were not acknowledged in some way at the Olympics."

The closing ceremony's musical director, David Arnold, told Daily Mail the show will be based on 30 classic pieces of British music.