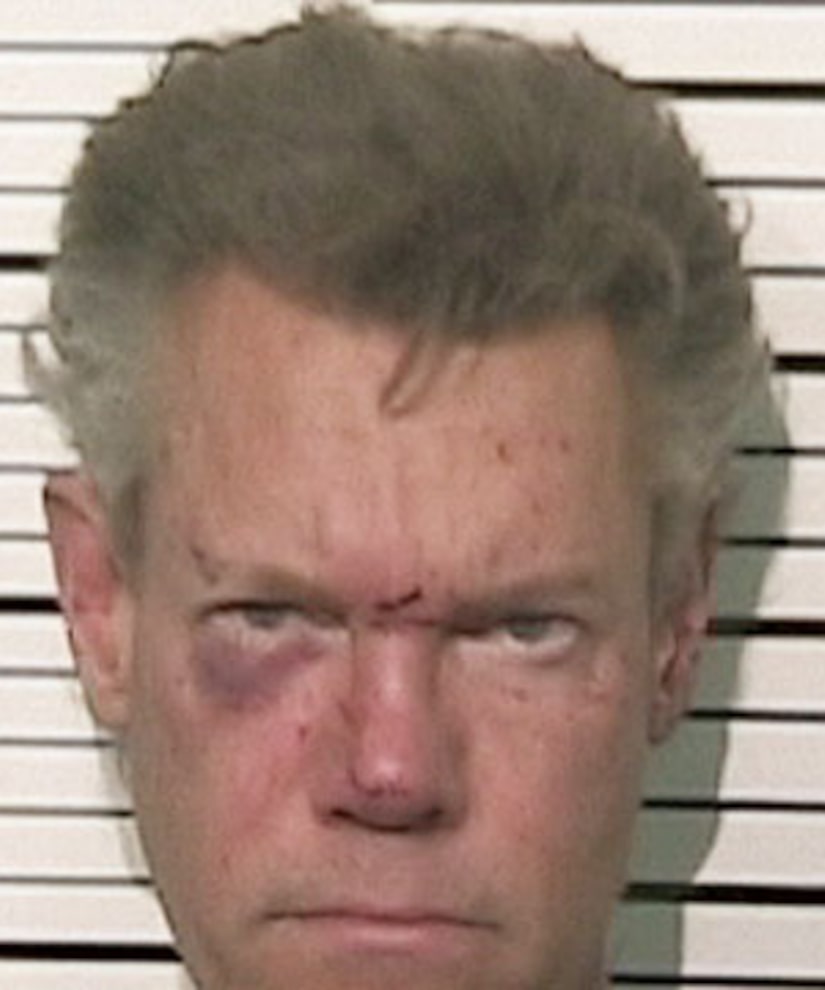 Country singer Randy Travis certainly had an evening of it in Texas on Tuesday.

Before being picked up by the police on a DWI charge, Travis allegedly walked into a convenience store completely unclothed and asked for cigarettes, according to a 911 call made by a clerk.

A short time later, another 911 call came from an individual who said he found a man lying naked in the road. When the dispatcher asked if the man was responsive, the caller said he didn't know as he was calling from his car because he was “spooked” out by the scene.

According to the Grayson County Sheriff's Department, Travis was taken into custody early Wednesday morning following a single-car crash. The report says he refused blood and breathalyzer tests, even though cops noticed a strong odor of alcohol and other indications of intoxication.

Police said Travis threatened to shoot and kill the troopers arresting him. He was charged with retaliation, a felony.

Travis was booked and held overnight, then released Wednesday after posting a total of $21,500 bond, $20,000 of which was for the felony charge. He left the jail barefoot and wearing a paper jail suit.