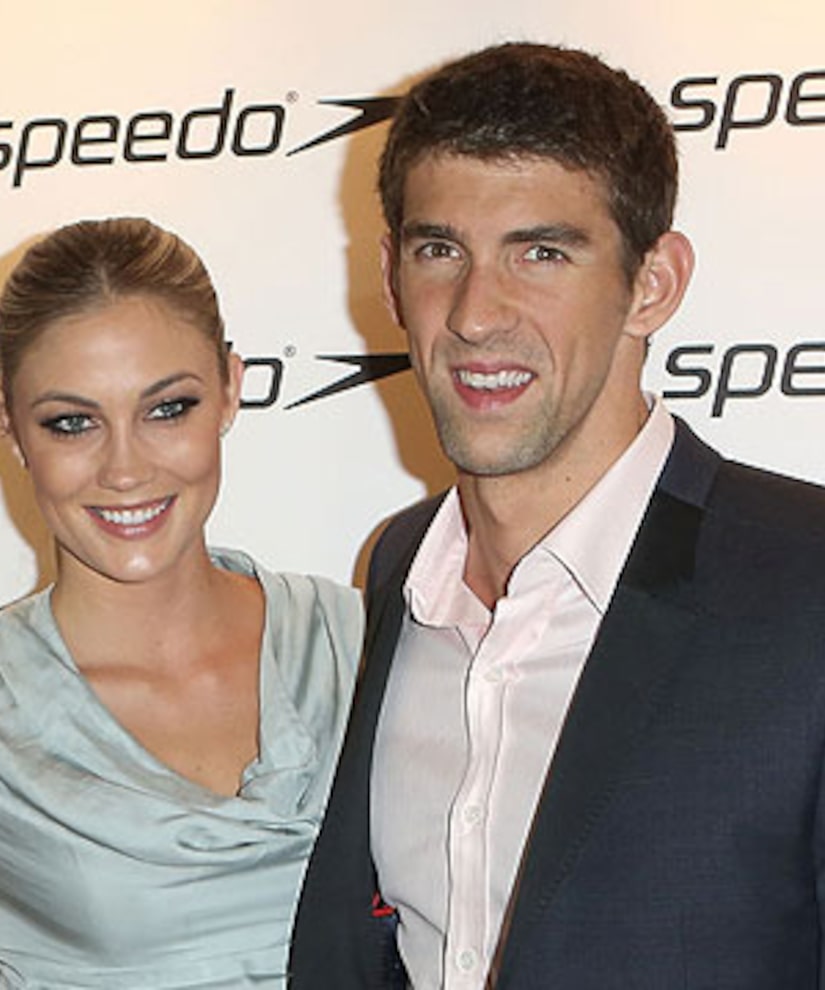 Olympic swim champ Michael Phelps may be getting more than he bargained for with new girlfriend Megan Rossee.

There have been several reports about the 25-year-old model/cocktail waitress since she was first spotted with the gold medalist in London, with one claiming she is only using Phelps to gain fame.

RadarOnline.com says Rossee has gone after other celebrities, including “Scrubs” star Zach Braff, while TMZ reports Rossee has long ingratiated herself with the rich and famous as a model at VIP events, receiving expensive gifts and lavish trips on private jets from older admirers.

According to Radar, Phelps' friends worry the pretty blonde will leave him once she gets what she's looking for.

“Michael is like a puppy dog around Megan -- he's completely in love with her, however, like any young girl hoping to make it in Hollywood, she's ambitious and knows that by associating herself with Michael she will get a lot of press herself," said a close source.

The two have reportedly been dating since January. Phelps ended his Olympic career in London this summer, after becoming the most decorated athlete in Olympics history.