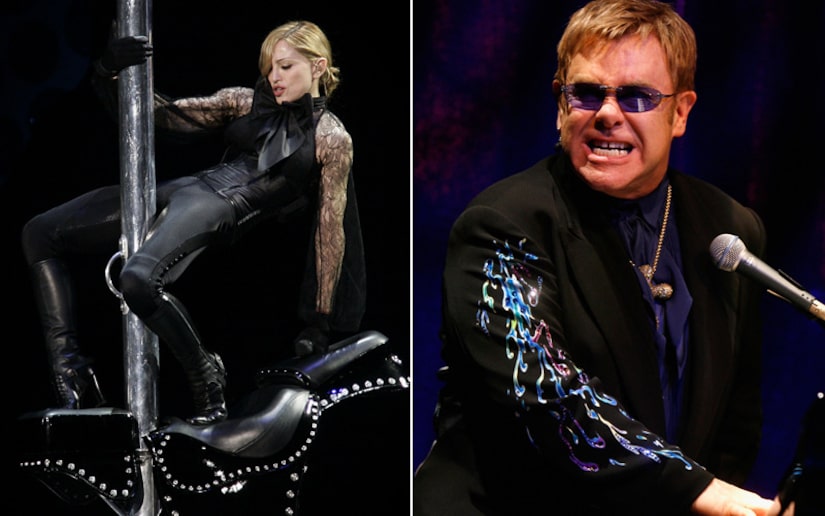 Singer Elton John doesn't care much for Madonna. In fact, he thinks “her career is over” and she looks like a “fairground stripper.”

John shared his true feelings about the pop singer during a Sunday night sit-down with longtime friend and Australian reporter Molly Melman.

“Why is she such a nightmare?” John asked. “Her career is over, I can tell you that. Her tour has been a disaster and it couldn't happen to a bigger [expletive].”

He continued, “If Madonna had any common sense, she would have made a record like 'Ray of Light', stayed away from the dance stuff, and just been a great pop singer and made great pop records, which she does brilliantly. But no, she had to prove that she was like…” he trailed off, but then added, “And she looks like a [expletive] fairground stripper.”

Madonna's ongoing criticism of Lady Gaga also seems to be a point of contention. The latter happens to be the godmother of Elton's son Zachary. “She's been so horrible to Gaga,” he said.

The Elton and Madonna feud is nothing new. Elton dissed Madonna after she beat him at the Golden Globes in January and has accused her of lip-synching in the past.